The DRI team that seized the containers that were getting ready to be exported rushed to Kopar Khairane after receiving a specific input. 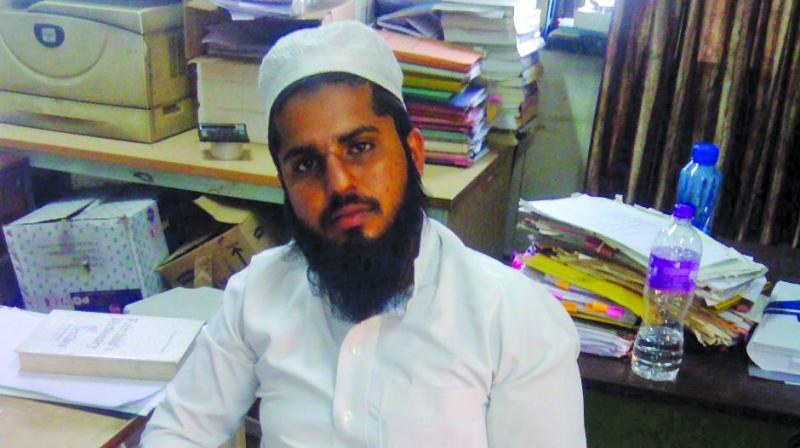 Mumbai: The Directorate of Revenue Intelligence (DRI) after a chase of three days arrested the mastermind behind an export racket for red sanders, a prohibited item. The intelligence unit, which began its operations in the case on January 21 not only seized the smuggled goods but also nabbed the group of people working on their packaging along with the key person, a Dongri resident. The value of consignment is approximately Rs 5.12 crore. Moreover, in an import case, ‘gudan garam’ cigarettes worth Rs 2.2 crore were also seized on Monday.

The red sanders were to be exported and bag-like containers were being filled in the container frame station (CFS) of the Jawaharlal Nehru Port Trust (JNPT) when the DRI, acting upon its intelligence, seized the consignment. According to senior officials from JNPT the 26 containers, each of which is big enough to accommodate 10 adults at a time, were declared to be containing iron bauxite officially.

The port, which handles around 50 lakh containers per year, sees few red sanders and cigarettes movements. Apart from the JNPT, where a red sanders weighing 8,720 kg, was seized, the intelligence unit raided a Kopar Khairane godown and air cargo terminal in Andheri (east), where 204 kg red sanders and 101.5 kg sandalwood were seized.

The DRI team that seized the containers that were getting ready to be exported rushed to Kopar Khairane after receiving a specific input. A group of people preparing several containers were detained. Their investigation led to arrest of the mastermind, 25-year-old Mohammad Omar, on January 24. According to sources, Omar is a graduate and has studied Ayurveda. Officials term the modus operandi to be ‘ingenious’.

On Monday, the team seized 154 cartons of ‘Gudan Garam’ cigarettes that were is declared as polypropylene injections, which was used as a concealment material. In total, there were 22 lakh individual cigarettes worth Rs 2.2 crore.