She (the chief minister) doesn't have the numbers to ensure the victory of a sixth candidate, says Adhir Chowdhury. 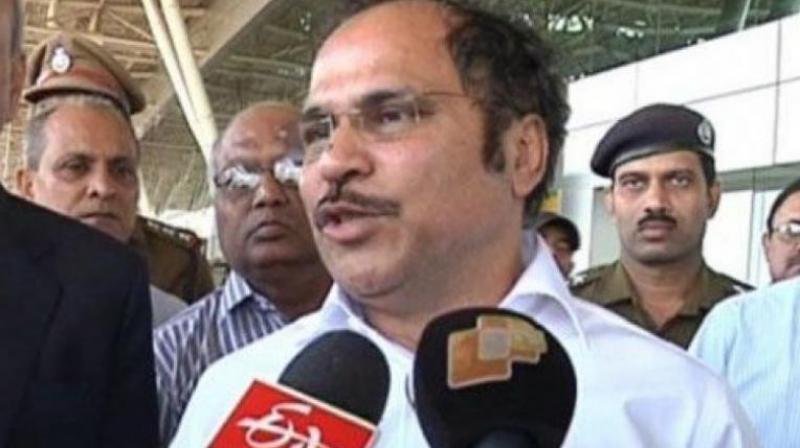 Kolkata: WBPCC president Adhir Chowdhury said TMC was doing no favour by extending its support to the Congress as the party had numbers to send its own nominee to the Rajya Sabha from the state.

“Mamata Banerjee didn’t do any favour by supporting the Congress candidate. Her party has adequate numbers to field five Rajya Sabha candidates from the state. She has done that. She doesn’t have the numbers to ensure the victory of a sixth candidate. That is why she has supported us. I would have called it a favour if she had given up one of the seats from the five to accommodate the Congress,” Mr Chowdhury said on Saturday.

According to Congress sources, Mr Chowdhuruy, a staunch anti-TMC voice in the state, is not happy with the TMC and the Congress coming together at the national level and that too at a time when the state Congress time and again has accused the TMC of poaching on Congress MLAs.

“We are fighting hard at the ground level to keep our base intact. But with our party leadership coming close to the Trinamul Congress in the name of countering the BJP is having an adverse impact on the grassroot workers,” a senior state Congress leader said.

West Bengal chief minister and TMC supremo Mamata Banerjee on Friday had extended her support to Congress candidate Pradip Bhattacharya in the upcoming elections for the Rajya Sabha seats from West Bengal. Five TMC candidates have already filed their nominations on July 26. Congress candidate Pradip Bhattacharya and CPI(M)-led Left Front candidate Bikash Ranjan Bhattacharya have also filed their nominations for the sixth seat on July 28. The elections for six Rajya seats from Bengal will be held on August 8. Out of the six seats, four are presently held by the Trinamul Congress, one by the CPI(M) and one by the Congress. The TMC, however, with its increased strength after the 2016 Assembly polls, is in a position to send five MPs to the Rajya Sabha. The Congress, the second largest party, will be able to elect one MP on its own strength.

With the present strength of the Assembly and the number of Rajya Sabha seats going to polls, a candidate will need about 43 votes to get elected to the RS. The CPI(M)-led Left Front has 32 MLAs in the Assembly. The Congress has 44 MLAs and the ruling TMC has 211 members.