Ties between the ruling Trinamul Congress and GJM, which practically runs hill administration, is not on friendly terms. 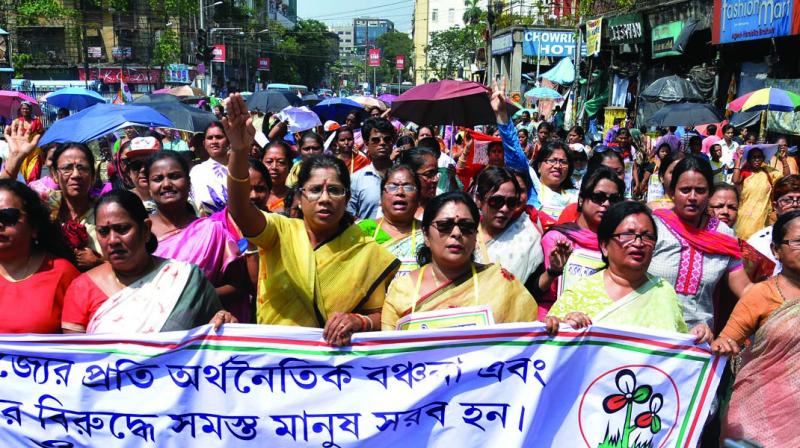 Kolkata: Chief minister Mamata Banerjee on Thursday hit out at the semi-autonomous Gorkha Territorial Administration (GTA) in the Hills for lack of development. She said they posed a hindrance to development in the hills despite financial and administrative support given to the organisation by her government.

"We had created the GTA for peace and integrity and development in the Darjeeling Hills  Our government has extended all sorts of support to the GTA for carrying out development projects in Darjeeling.  But I am sorry to say that nothing has been done  for cleaning the lake in Mirik or for developing tourism cottage in and around here,” Ms Banerjee said, while declaring  Mirik as a sub division.

The GTA is being run by the Gorkha Janamukti Morcha (GJM) activists. The relation between the ruling Trinamul Congress and GJM which practically runs Hill administration, is not very friendly. Kalimpong, Kurseong, Darjeeling and Mirik are the four municipalities which are likely to go for polls in May. All these civic bodies are now under the control of the GJM.

TMC had won 211 of the total 294 seats in the state Assembly last year. But all the three Assembly seats of Darjeeling, Kalimpong and Kurseong were won by the GJM. The BJP had also won the Darjeeling lok sabha seat in 2014 with support from the GJM.

“Whatever has happened, let it be. Twenty to thirty years have passed but no work has been done. There is only sloganeering during elections but people go away after that. This shouldn't happen,” she added.

“Mirik is gifted with the bounty of beautiful nature and we will transform it into a superb tourist destination, complete in all respects. There are lots of tea gardens, but no places for tourists to stay. There is no electricity, no water. You should develop Mirik town. We want that tourism, be it home-tourism or tea tourism, be developed properly. We want to develop Kalimpong, Kurseong, Darjeeling and Mirik,” she said.