Joint India, US air defence drill from December 3 to 14

The exercise will be conducted at Air Force Station Kalaikunda in West Midnapore and AFS Arjan Singh at Panagarh in Burdwan from December 3 to 14. 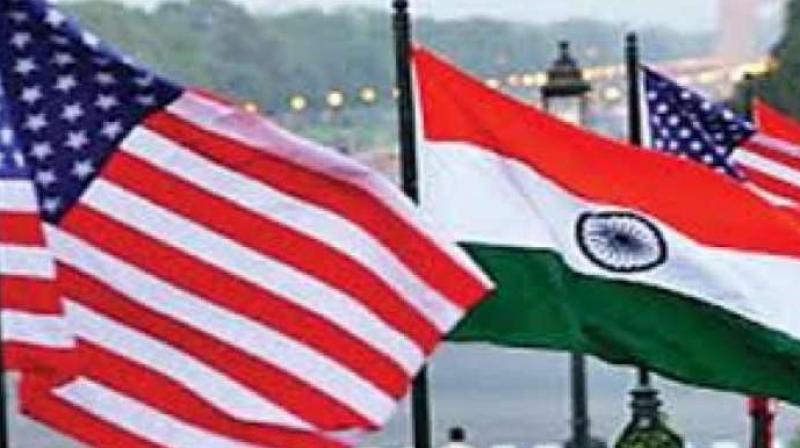 According to the US consulate statement, the exercise showcases US and India’s efforts and commitment to a free and open Indo-Pacific region.

Kolkata: The US and Indian Air Forces are going to participate in a joint exercise, Cope India 2019 (CI19), a bilateral flying training, at two crucial airbases in West Bengal next month.

The exercise will be conducted at Air Force Station (AFS) Kalaikunda in West Midnapore and AFS Arjan Singh at Panagarh in Burdwan from December 3 to 14.

Significantly, AFS Arjan Singh is the second hub of C-130J Super Hercules aircrafts of the Indian Air Force (IAF) in the country. These aircrafts are built by the US aviation giant, Lockheed Martin.

A fleet of six C-130J Super Hercules aircrafts — Raiding Raptors (Squadron 87) — is based there while Advanced Jet Trainer: Hawk aircrafts are based at AFS Kalaikunda, which earlier witnessed many international joint exercises.

Exercise CI19 is a long-standing bilateral US Pacific Air Forces’ (PACAF) sponsored field training exercise (FTX) conducted with the IAF and focused on enhancing US-Indian mutual cooperation and building on existing capabilities, aircrew tactics, and force employment, the US Consulate General Kolkata said in a statement on Thursday.

“We are excited and grateful for the opportunity to fly and train with our Indian Air Force counterparts within their home country,” said Col Darryl Insley, the 13 Air Expeditionary Group-Cope India 2019 (AEG-CI19) commander.

He said, “Through participation in Cope India, I am confident that all Airmen involved will both increase their skills and build meaningful bonds through bilateral engagements and exchanges.”

Around 200 US Airmen with 15 aircrafts from the 18th Wing at Kadena Air Base in Japan and 182d Airlift Wing of the Illinois Air National Guard will participate in CI19 alongside their IAF counterparts.

According to the US consulate statement, the exercise showcases US and India’s efforts and commitment to a free and open Indo-Pacific region.