Referring to Mahalanobis’ observation that the vast population of the country could be a great asset. 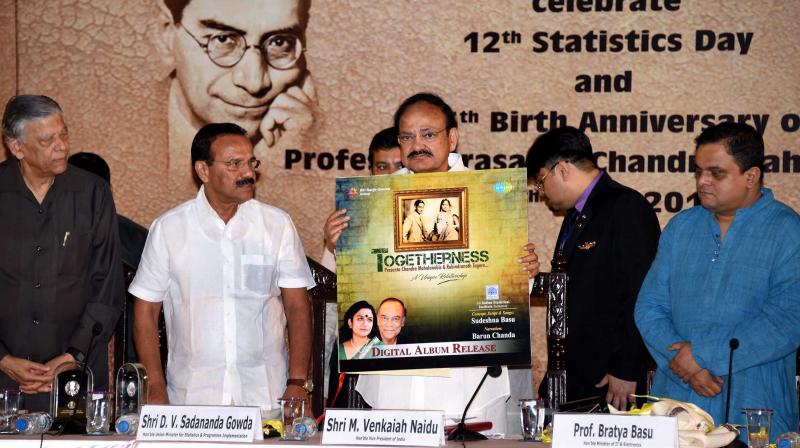 “We were living in a world in which knowledge explosion, information overload and data-driven lives have become common place,” said Naidu at the closing ceremony of 125th birth anniversary of Prasanta Chandra Mahalanobis, the founder of Indian Statistical Institute.

“Technology has become all-pervasive in our world... Statistics and big data management along with artificial intelligence will play a more significant role in the years to come,” he added.

Statistical data was “information with confirmation” he said, adding that “many people may claim many things, but if you have statistics you will know the reality”.

Highlighting that there was a need to harness the power of computing, communication and robotics to improve the quality of life, Mr Naidu said to use these tools, data and statistics were needed.

Referring to Mahalanobis’ observation that the vast population of the country could be a great asset, Mr Naidu said: “Over 65 per cent of our population is under 35 years. This demographic statistics is significant if we can turn this potential asset into actual asset.”

“As visualised by Mahalanobis, the country can realise the demographic dividend if we can equip the population with the skills and attitude required for the knowledge economy of the 21st Century... It is an opportunity, it is a challenge,” he said.

Mr Naidu said to fulfil the dreams of a new India, there was need for research and innovation to take the country ahead and referred to Prime Minister Narendra Modi’s call for transforming India into a strong and stable nation.