Ex-Speaker says police does not have strength to cover state in a day poll. 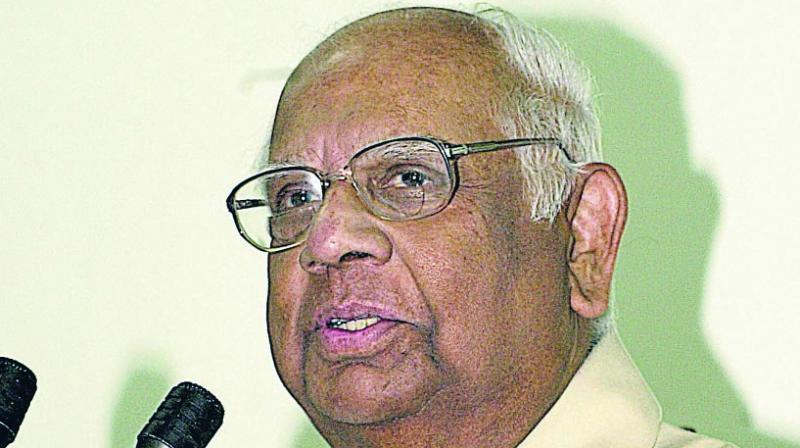 Kolkata: Expressing his serious concern on security arrangments during the one-phase panchayat elections, former Lok Sabha Speaker Somnath Chatterjee on Sunday predicted that it would be impossible to provide protection during the rural polls to be held in one day across the state. He argued that West Bengal police does not have strength to cover the entire state in a one-day poll.

According to Mr Chatterjee, the civic volunteers are being engaged for the task of the police personnel for poll-duty. He also questionned the West Bengal state election commission’s role in deciding the one phase only.  Endorsing the Opposition parties’ allegations about the violent attacks on them by the Trinamul Congress Mr Chatterjee complained that the opposition candidates were forced to withdraw their nominations. He wondered how the elections be held in such a scenerio.

Voicing his anguish Mr Chatterjee said, “Except the ruling party all others have raised their objections since it was announced that the panchayat polls would be held in one phase only because it seems that making security arrangments is impossible in view of the safety perspective. That is why it was done in a different way on the previous occasions.”

Clearly differing with state director general of police Surajit Kar Purkayastha, who recently claimed of the growth in the West Bengal’s strength he added, “The state police can not make any arrangment now. It does not have so much man-power to cover a state in a one-day poll. That is why the civic volunteers are being given the task of security for which they neither are trained nor have any knowledge and responsibility.”

Mr Chatterjee reasoned, “A volunteer can not perform the task of a policeman. So it is a grave concern to me.”

On Trinamul’s uncontested victory in several rural bodies before the elections are held the former CPI(M) leader alleged, “At many places victory has come as uncontested. People now understand how it has happened. The victory did not come with people’s opinion. Candidates were coerced to take back their nominations. So how can the elections be held in West Bengal?”