The leader informed that the Congress would soon launch a bigger movement against this menace until the culprits were booked. 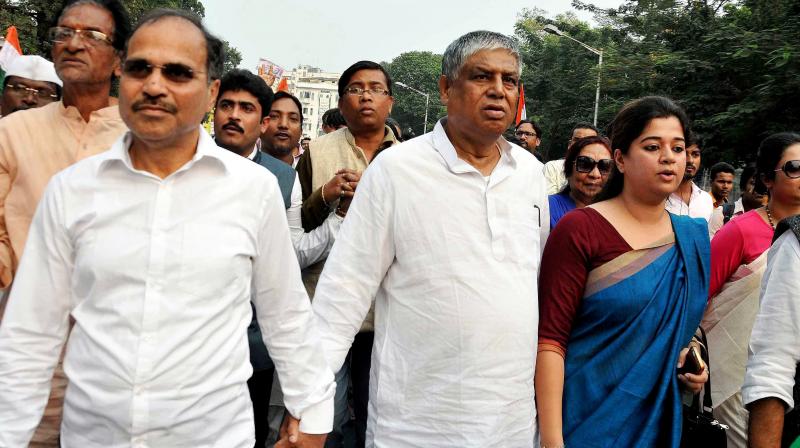 Kolkata: Congress president Adhir Chowdhury on Monday demanded a court-monitored CBI inquiry into the child trafficking racket in the state.

Speaking about the police and CID officials busting such rackets, Mr Chowdhury said that there should be proper monitoring and tracking of private nursing homes in the city.

“West Bengal has topped the country in fake currency smuggling and violence against women and now it is on its way to achieving that spot in terms of child smuggling as well. It is impossible to believe that the administration had no clue about what was going on under its nose. We demand a CBI probe into the child smuggling racket under the supervision of a sitting judge to get to the root of the problem,” he said.

The leader informed that the Congress would soon launch a bigger movement against this menace until the culprits were booked.

Meanwhile, Mr Chowdhury asked the state government to procure more loans and help the common people during this “time of crisis”, referring to the Centre’s demonetisation drive.

“If need be, the state government should chalk out a plan and come to the aid of the people. The daily wage earners have been left without food thanks to the demonetisation policy of the Centre. They should be provided with rice, wheat and other essentials at a subsidised price. The state has already borrowed Rs 3.4 lakh crore and might as well borrow some more,” he said.