The first Fuel Barge, launched from same shipyard on May 17 this year, is presently undergoing final sea trials. 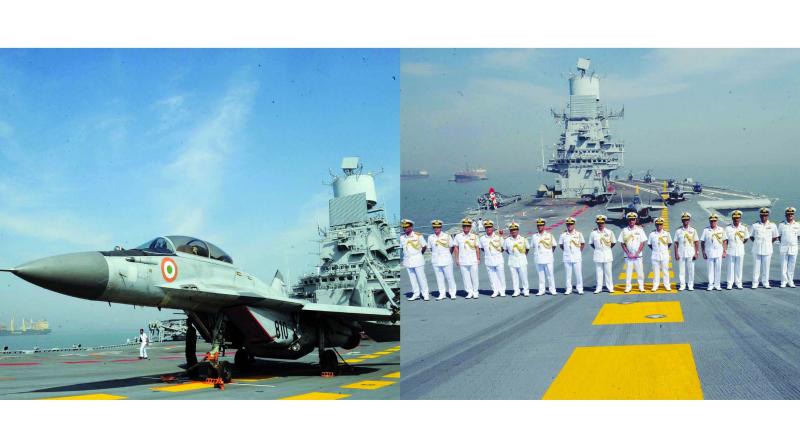 Kolkata:The second of the two 1000-tonne capacity Fuel Barge, built by Titagarh Wagons Ltd for INS Vikramaditya, the aircraft carrier of the Indian Navy, was launched from the company' shipyard in the city on Friday. It is 68 m long, 12.5 m wide and has a displacement of over 2000 tonnes. It is likely to be handed over to the Indian Navy in December this year for use at its Karwar base.

The first Fuel Barge, launched from same shipyard on May 17 this year, is presently undergoing final sea trials. It will be handed over to Indian navy next month for use of western fleet ships based at Mumbai. Rear Admiral Rajaram Swaminathan, Assistant Chief of Materiel (Modernisation) of the Indian Navy, said, “The contribution made by Titagarh towards these advanced ship building for Indian Navy is supremely commendable.” He added, “On behalf of Indian Navy, I would like to congratulate the team of designers, engineers, technicians, quality controllers and the members of the Naval overseeing team for their tireless efforts in successfully achieving this momentous milestone of launching the second 1000T vessel to support INS Vikramaditya.”

Titagarh Wagons Limited Executive Chairman Jagdish Prasad Chowdhary said, “We have successfully launched the second ship for the Indian Navy. We are also simultaneously building two coastal research vessels for National Institute of Ocean Technology. These research vessels are being built with state of art technology and have most modern equipment fitted.”

He added, “These two ships which are under construction now will be launched in next six months and will strengthen capabilities of Indian Maritime and Oceanic study. It is pertinent to mention here that Titagarh shipyard will have unique distinction of launching four ships from newly built shipyard within a short span of one year. Titagarh has got plans to expand their shipbuilding activities towards warship building in near future.”