The BJP has rubbished the allegations and claimed that it was a “drama” staged at the behest of Congress. 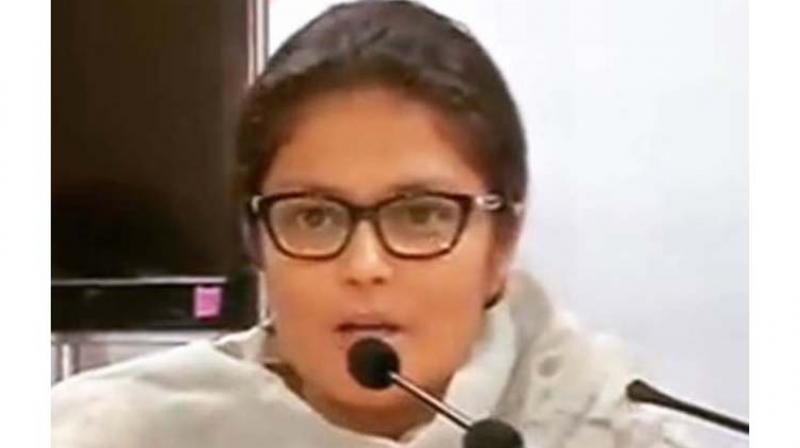 Kolkata: Congress leader and MP Sushmita Dev on Friday alleged that the BJP is trying to use money power in Gujarat elections as it is afraid that it might lose the December contest in the western state. Ms Dev, who is a Congress spokesperson, said the recent episode in Gujarat where an activist of the Hardik Patel-led Patidar Anamat Andolan Samiti (PAAS) has claimed that the BJP had offered him Rs 1 crore to switch loyalties, has exposed the party.

“In Gujarat we have seen how BJP is trying to use money power to win the assembly election. The BJP stands completely exposed in Gujarat, where its tall claims of fight against corruption has fallen flat. We feel that the Gujarat election will be a close fight and the people of the state want change,” Ms Dev said.

In a dramatic turn of events, North Gujarat PAAS convener Narendra Patel had announced in the presence of state BJP chief Jitu Vaghani on Oct 22 that he was joining the party. Next day he called a press conference to allege that he was offered Rs one crore to switch to BJP but would never betray his community. The BJP has rubbished the allegations and claimed that it was a “drama” staged at the behest of Congress.