The highest level on the 10th and final day of Ganesh Chaturthi last year was 114dB. 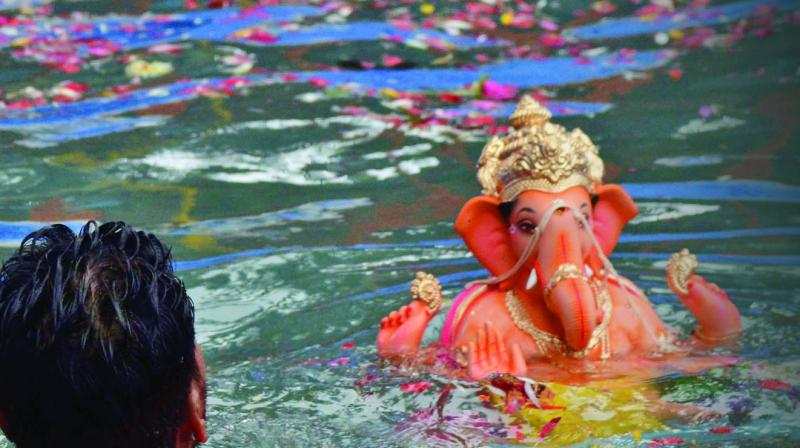 The readings were recorded between 10 pm and midnight in residential areas where educational institutions, hospitals, religious places and courts are situated.

Mumbai: The noise levels of the ongoing Ganesh Chaturthi celebrations have already exceeded those of last year’s festivities, according to activists. Noise levels recorded during immersions on Saturday — when devotees carried out the one-and-a-half day visarjan — were higher than the ones recorded during last year’s 10th day visarjan, which usually sees the immersion of some of the city’s biggest idols.

Stating that the highest noise level in the city — 116.8dB — was recorded opposite Sena Bhavan, Sumaira Abdulali, founder of Awaaz Foundation, an environmental NGO, said, “If this is the status in the beginning of the festival itself, I don’t know what to expect in the days ahead.” The highest level on the 10th and final day of Ganesh Chaturthi last year was 114dB.

The readings were recorded between 10 pm and midnight in residential areas where educational institutions, hospitals, religious places and courts are situated. The lowest decibel levels were recorded at areas such as the Mahim causeway and Mahim bus depot, where the levels were lower than 90dB around 10.30 pm.

According to the NGO, the use of drums and metal cylinders that were beaten with hammers contributed to the highest noise levels that were recorded after 10 pm.

Processions in several parts of the city saw the use of DJs, drums, metal plates and banjos in the presence of police, it claimed. “The mandals blatantly hired DJs during processions, even while crossing educational institutions,” said Ms Abduali.  As per the data, the noise level near Wilson College in Girgaum where loudspeakers and drums blasted, touched 109.9dB.