Bengal to Bangla: Some say good riddance, others call it futile effort

The Bengal Assembly passed a resolution to rename the state to Bangla yesterday. 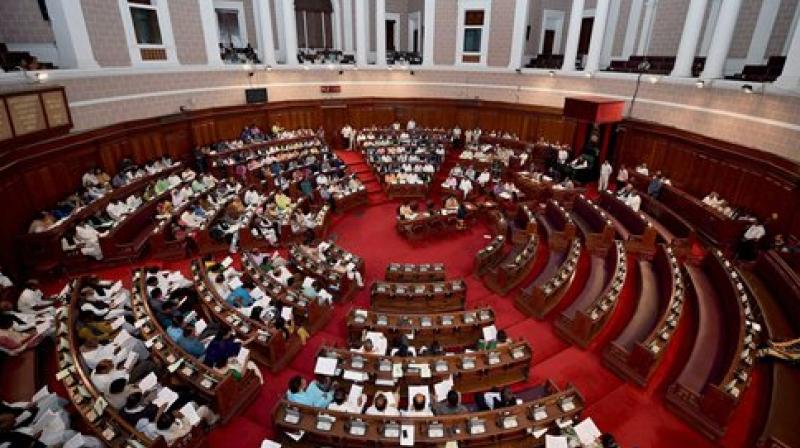 New Delhi: The West Bengal government’s decision to change the state’s name to Bangla drew mixed reactions from experts, with majority calling the axing of “west” as a “good riddance” while some thought that the use of localised nomenclature may lead to “linguistic confusion”.

Historians, architects, authors and art aficionados, all concurred that the word “west” in the state’s name had been “superfluous” and an “alphabetical liability” for the past 70 years. “In all public meetings, and government conferences, the ‘W’ set us down in the pecking order. By the time the state’s turn came, it would be either lunch time or fag end of the event. So, it is good if we lose that ‘W’ from our name,” said Jawhar Sircar, former chief of Prasar Bharati, who was born and raised in Kolkata. He termed the move as a “very good step”, saying Bengal and Calcutta were “Europhile” names.

The Bengal Assembly passed a resolution to rename the state to Bangla yesterday. The state will now have to wait for a nod from the Union Home Ministry for the resolution’s final approval.

Noted historian Irfan Habib, said, “The ‘West’ in West Bengal had really become irrelevant as there is no ‘East Bengal’ now. But I feel Bengal would have made much more sense, and have had historical relevance. But politicians try to appeal to local sentiments.”

“But, anyway, people continue to use Calcutta, Bombay, Bangalore, Mysore despite their rechristenings, so I guess, Bengal would also not fade away even though it may be inked out officially,” he said.

Author, poet and musician Amit Chaudhuri, who has been fighting to save the built heritage of Kolkata, termed the decision an “exercise in futility” to “score political points”. “It is a waste of time. Had it been accompanied with real work in reviving of the industry and art and culture of Bengal, I would have understood, but is the real work happening. Look at the plight of heritage in our city (Kolkata),” he rued. “Did renaming of Calcutta to Kolkata achieve anything? Did we become a better city? Did the living standards and quality of life of people improve? Did our institutions become better, on the other hand they became more politicised. And, I personally feel, old names should not be changed. Bengal is fine,” he said.