On July 23 the first floor of a two storeyed building in Sealdah caved in killing two men and injuring two more. 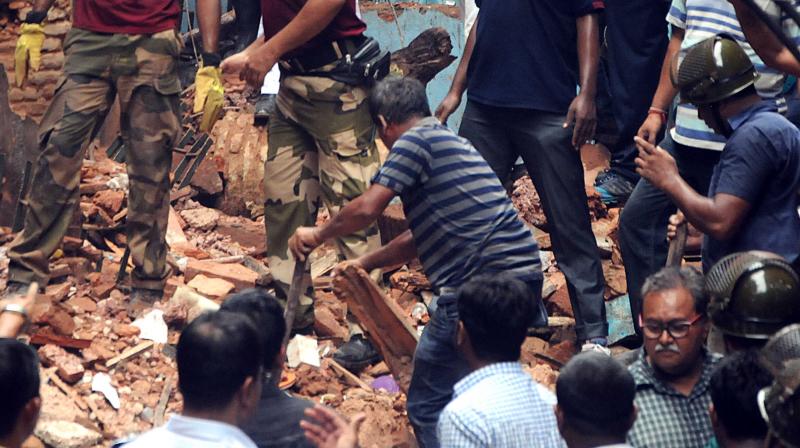 Kolkata: Ten people got trapped after a portion of an old building collapsed in the city on Friday morning close on the heels of the death of two men in a similar incident. They were rescued by the fire brigade and disaster management group (DMG) personnel later. The incident took place in ward no. 19 of the Kolkata Municipal Corporation in Jorabagan area.

At around 7 am, the staircase connecting the first and second floors of the three-storeyed dilapidated building at Beniatola Street dislodged with a deafening sound. Most of the residents of the house had woken up already to start the day. But 10 of them fell trapped inside. Local residents informed the police and the fire brigade. With the help of the fire brigade personnel the DMG members rescued the ten persons. The police said that they were unhurt.

According to preliminary investigation, the staircase got weak due to continuous rain across the city for the past two days. On July 23 the first floor of a two storeyed building in Sealdah caved in killing two men and injuring two more.