Governor Keshari Nath Tripathi has congratulated all the successful candidates as well as their teachers and guardians. 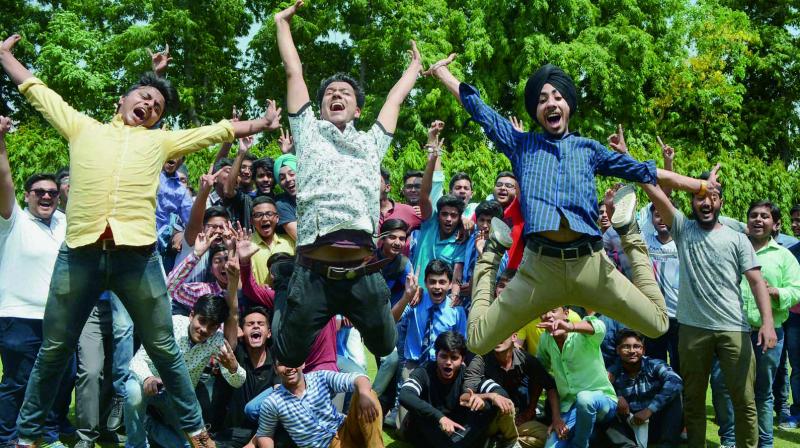 Kolkata: An estimated 86.29 per cent out of the nearly 8 lakh students passed the Higher Secondary examinations in West Bengal this year, the results of which were declared on Monday.

Out of a total of 7,77,266 candidates, who appeared for the examinations this year, 86.29 per cent students passed, the president of West Bengal Council of Higher Secondary Education, Mohua Das, told a press meet here.

Ms Das said a total of 137 candidates were among the top 10 rankers from all the three streams — science, arts and commerce. This year, every rank has been shared by more than one candidate, she added.

Shovan Mondal from Birbhum Zilla School and Rajarshi Burman of Jenkins School in Cooch Behar jointly shared the first rank this year, Ms Das said. Both of them scored 498 out of 500 (99.6 per cent).

Sanjukta Bose, who ranked second in the overall list, topped among girls. She is a student of Bidhannagar Government High School at Salt Lake in North 24 Parganas district.

The examinations began on February 26 and ended on March 13, Ms Das said, adding, the results were out 74 days after the conclusion of the examinations.

Governor Keshari Nath Tripathi has congratulated all the successful candidates as well as their teachers and guardians. He wished them a very bright future. “Those who couldn’t succeed in the exam have no occasion to lose heart for this one exam does not determine the entire life. They should remember that success is not for away,” governor Tripathi said in a statement on Monday.

Chief minister Mamata Banerjee also congratulated all students who excelled and those who passed the Higher Secondary examination.