Banerjee is a strident critic of the BJP and among the foremost opposition leaders against it. 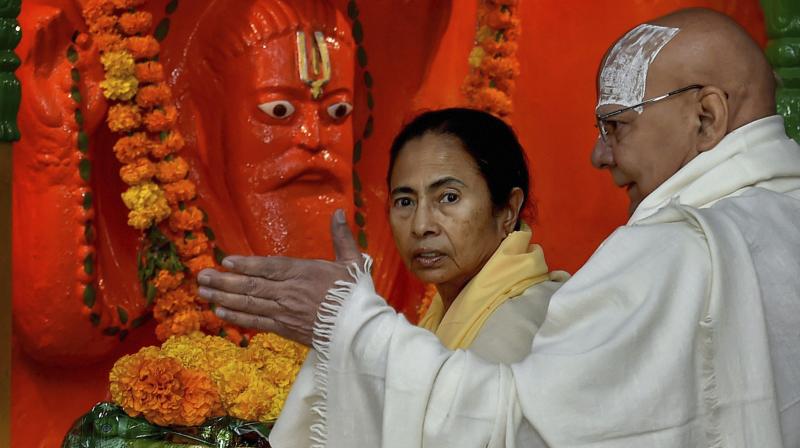 Mandirbazar: Chief minister Mamata Banerjee Wednesday accused the BJP-led government at the Centre of making false claims of providing crop insurance to farmers in West Bengal, and said the state has paid 80 per cent of the insurance payout.

The Narendra Modi government had never been serious about the well-being of farmers and the BJP is misleading the people, Banerjee, the Trinamul Congress (TMC) chief, told a public meeting here in South 24 Parganas district.

Ms Banerjee is a strident critic of the BJP and among the foremost opposition leaders against it. Ms Banerjee said her government has taken a slew of measures for farmers, including raising the minimum support price for paddy and taking steps to ensure direct cheque payment to farmers at paddy procurement centres by removing middlemen. The chief minister cautioned middlemen against exploiting farmers or misguiding them by paying them less for paddy procurement.

Continuing her tirade against the BJP, she blamed the saffron party for committing atrocities on members of the minority community and Dalits.

“We (TMC) have never been influenced by the political colour, if any, of the recipients and only went by eligibility criteria,” she said, and cited welfare schemes like ‘Kanyashree’ introduced by her government.