Mr Tripathi said movies inspired by Panchatantra, Jataka Tales and Puranas should also be made for children. 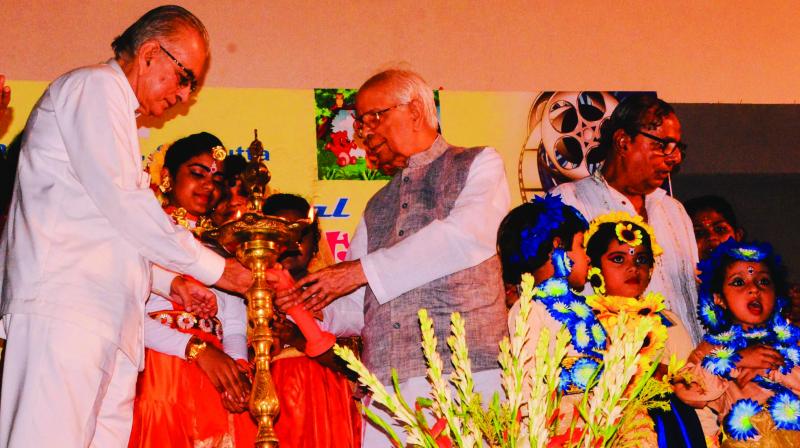 Kolkata: West Bengal governor K.N. Tripathi on Wednesday inaugurated the 18th International Children’s Film Festival in which 36 films from 17 countries would be screened.

The governor also called for screening of one children’s film in every cinema hall of the state every month.

“I wish there should be an arrangement to screen at least one children’s film in every cinema hall every month in the state. This is important as we should think about children’s entertainment,” the governor said at state-run theatre complex Nandan.

Mr Tripathi said movies inspired by Panchatantra, Jataka Tales and Puranas should also be made for children.

The festival was being organised by Cine Central, one of the oldest cine clubs of the country in collaboration with the Unicef. Thirty-six films from 17 countries would be screened in the festival. The inauguration of the festival took place on Wednesday, even as screening  of films will begin from August 9 due to availability of auditorium at that time, a Cine Central spokesman said.

The screening at Nandan will take place from August 9 to August 12, and then the festival will be taken across the state and the films will be screened in different district towns till September 30, a Cine Central spokesman said. The inaugural film is Moana from the USA.

Other films to be screened in the festival include Doctor Funes Formula (Mexico), White Bridge (Iran), The Monkey King — Uproar in Heaven (China), The Magicians (Netherlands), The Shamer’s Daughter (Denmark), Giraffada (France), We are the Best (Sweden).