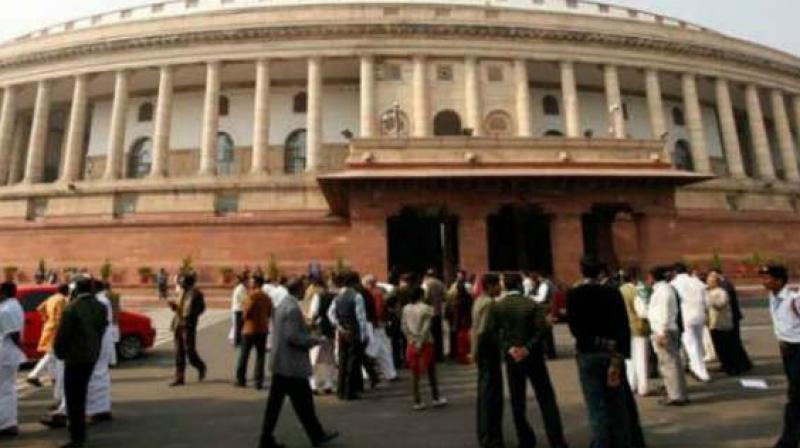 Polls will be held for six Rajya Sabha seats from the state on August 8. (Photo: File)

Kolkata: Former WBPCC president Manas Bhunia who had joined Trinamool Congress, was among the five TMC candidates who filed nomination on Wednesday for the upcoming Rajya Sabha elections from West Bengal.

Dubbing TMC as the "real Congress", Bhunia, a Congress MLA, had joined the party in September 2016 and resigned as legislator on Monday.

TMC secretary general Partha Chatterjee told reporters: "Our party supremo Mamata Banerjee is an inspiration for us. She is fighting for the rights of the people, not only in Bengal but in entire India. Our candidates will strengthen her voice in favour of the people in the Rajya Sabha."

Polls will be held for six Rajya Sabha seats from the state on August 8.