Two buses were racing on the Ultadanga Main Road when a scooty came between them and was hit from behind by one of the buses. 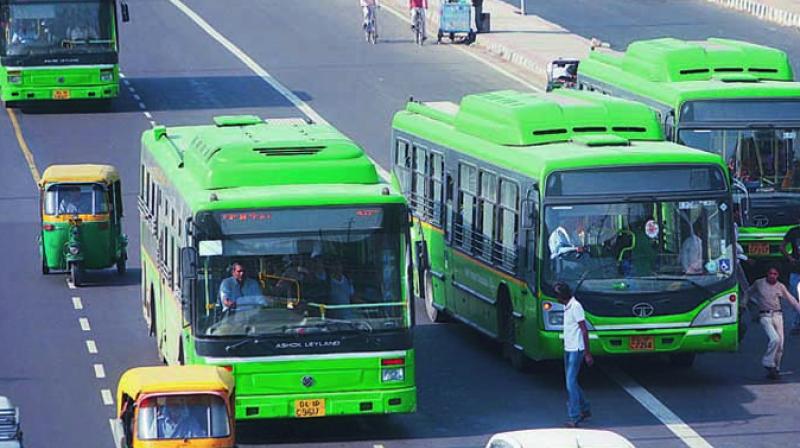 Both the buses have been seized by the local police station and a search has been initiated for the drivers who had fled the scene. Representative image (Photo: File)

Kolkata: Two persons have died and another one sustained injuries when a two-wheeler carrying them was hit by a speeding bus at Ultadanga in north Kolkata, police said on Tuesday.

Akash Dutta (11) and Bittu Sen (16), both pillion riders without helmets, died in Monday night's accident, while Mrinmoy Parikshit (23), the rider, also without helmet, was severely injured, a senior officer of Kolkata Police said.

"Two private buses were racing on the Ultadanga Main Road around 10.05pm when a scooty came between them. The biker lost his balance and one of the two buses hit his vehicle from behind. The two pillion riders fell off the vehicle and came under the wheels of the bus," the officer said.

The boys were declared brought dead at RG Kar Hospital, while the injured scooty rider is still critical, the officer said.

"Both the buses have been seized by the local police station and a search has been initiated for the drivers, who fled the scene after the incident," he said.

Local people had put up a road blockade after the incident, stalling traffic on the thoroughfare for around 30 minutes, the officer added.