Shah also accused the TMC government of practising 'politics of appeasement' and alleged that only bomb industry flourished in Kolkata. 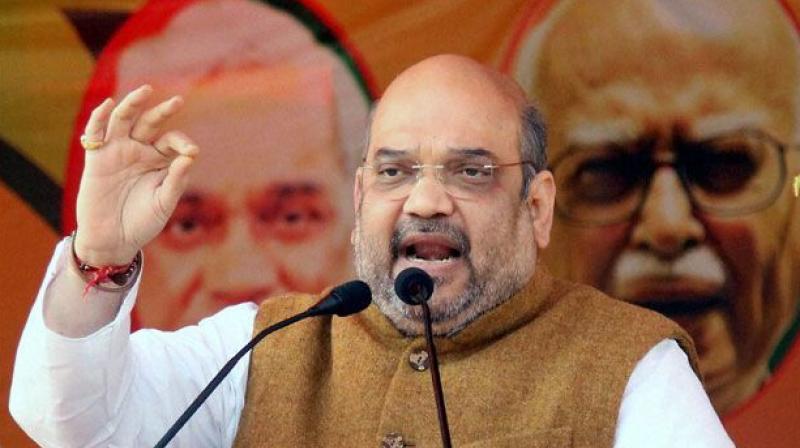 Shah declined to say anything on Banerjee's charge that BJP is a party which engineered communal riots. (Photo: File)

"There is no conspiracy. They (TMC leaders) were seen on TV taking money. Entire world can see it", he said, rejecting the TMC charge that conspiracy was hatched by the BJP in framing the TMC leaders in corruption cases.

"Mamata Banerjee has developed BJP phobia. She is seeing BJP in everything", he told a press conference at the press club in Kolkata.

The BJP president also accused the TMC government of practising "politics of appeasement" and alleged, "there is no industry in the state. Only bomb industry flourished in Kolkata".

Fake currency is entering the state and it was not stopped". He said after the defeat of the Left Front, the people in the state thought that development will take place but "Bengal continue to lag behind even during the TMC rule".

He said that development has taken place everywhere where BJP was in power.

Shah declined to say anything on Banerjee's charge that BJP is a party which engineered communal riots.