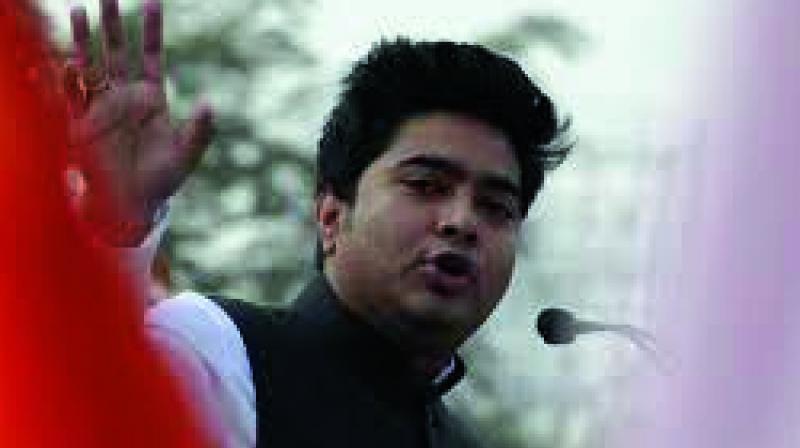 Kolkata: The Election Commission on Monday sought a report on the alleged fracas at the Kolkata Airport over Trinamul Congress MP Abhishek Banerjee’s wife reportedly disallowing customs officials to frisk her check-in baggage upon landing from abroad.

“We have sought a factual report from the district election officer of North 24 Parganas on the matter. We are looking at the social media angle as well,” additional chief electoral officer of West Bengal Sanjay Basu told reporters here.

The BJP and other Opposition parties have raised their voices on the issue and alleged that Mr Banerjee’s wife had prevented customs officials from searching her check-in baggage on her arrival to the city on a Thai Airways flight on March 16 along with another lady.

Mr Banerjee, who is the nephew of TMC supremo Mamata Banerjee, had refuted reports that 2 kg gold was seized from his wife’s baggage when she landed in the city from Bangkok.

He had termed the reports “baseless and politically motivated” and said his wife was not carrying “even two grams of gold” or any other dutiable or objectionable item in the baggage when she landed.

Mr Banerjee had also claimed that the Kolkata zone commissioner of the customs had written to a junior officer to file an FIR against his wife on instructions from the Central Board of Indirect Taxes and Customs, New Delhi.

Regarding the first two phases of Lok Sabha polls on April 11 and 18, Mr Basu said that several general and police observers have already arrived and others were on their way.

The randomisation of EVMs was complete; he said and assured voters that there would not be any inconvenience though no auxiliary stations would be set up.