Sayantan Basu was speaking after participating in the party’s demonstration to gherao the office of superintendent of police at Basirhat. 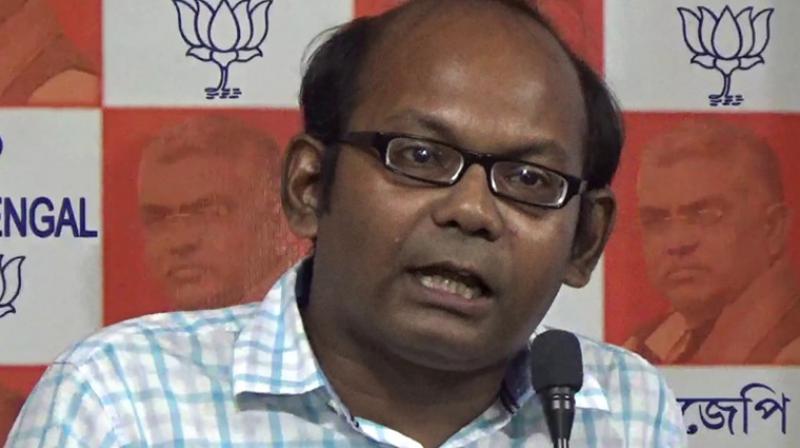 Kolkata: Two BJP leaders’ warning in the public to replicate “Uttar Pradesh Model” of encounter of criminals in West Bengal have created an uproar in the state.

Sayantan Basu and Raju Banerjee, who are the general secretaries of the state BJP, threatened on Monday that the party would adopt the tactics of eliminating the anti-socials, allegedly backed by the Trinamul Congress, in encounter if they do not agree to peace when the saffron party would come to power in the state.

Mr Basu, who fought the Lok Sabha election from Basirhat in North 24 Parganas but lost to Nusrat Jahan of the Trinamul, said, “No chance will be given. Either arrests have to be made or else encounter of those, who escape to Bangladesh and other places, has to be done like it is done in UP in case of those who are on the run after committing crime. There is no other wayout to end this problem. We will apply the UP model in West Bengal to maintain law and order.”

Asked whether the next Assembly election would be held in the state in 2021, he noted, “I do not think so.”

Mr Basu was speaking after participating in the party’s demonstration to gherao the office of superintendent of police at Basirhat.

Echoing him, Mr Banerjee, who participated in a similar event in Bankura, said, “See the example in UP. You will also have to wait standing in front of the House saying: I will not extort money. I will not involve in hooliganism or rowdism.”

He was referring to the Trinamul which is now mired in a controvesy over the collection of cut-money by its leaders. Mr Banerjee added, “We are making it clear beforehand. We do not know anything. We will only ask the police: Take steps against those who will not rectify themselves. You can encounter them if it is needed but do not spare these miscreants.”

Strongly reacting to their threats, Kolkata mayor and heavyweight Trinamul minister Firhad Hakim pointed out, “They are talking on the lines of their party. Their party president Amit Shah, who is now the Union home minister, killed Ishrat Jahan in a fake encounter. But they would not succeed here.”

State food supplies minister Jyotipriyo Mullick claimed, “Those who are making such claims fail to win an election in their own turf. They would not be able to win even if they are fielded as candidates in panchayat polls.”