Ajay was a resident of Prince Anwar Shah Lane in Jadavpur. 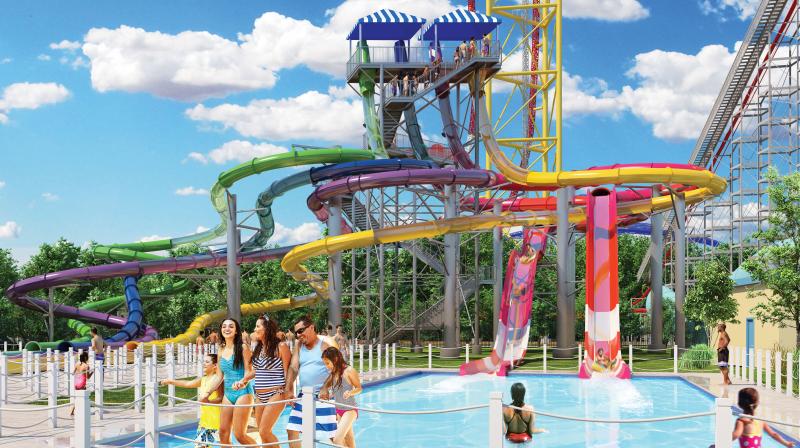 At around 3 pm, Ajay and his brother-in-law went for a ride in one of the slides. (Photo: AP)

Kolkata: A middle-aged man died while having a joy-ride at a popular water park in the city. Family members of the victim, Ajay Shah, lodged a complaint with the Kolkata Leather Complex police station alleging negligence by the authorities of Aquatica, the water park where the incident took place.

They also complained of medical negligence against a private nursing home where he was initially taken for treatment. Ajay was a resident of Prince Anwar Shah Lane in Jadavpur. On May 16, he visited the park along with his wife Shital and their daughter. They were accompanied by their relatives.

At around 3 pm, Ajay and his brother-in-law went for a ride in one of the slides. Ajay was behind his relative. Ajay fell unconscious during the ride and was found lying in the slide with his face on the surface, according to preliminary investigation.

He was rushed to Khusi Nursing Home from where he was later shifted to Medica Hospital, where he was declared brought dead. “No one from Aquatica came to his rescue. There was no medical aid at the park. Had there been any doctor, nurse or oxygen cylinder, my husband could have survived,” Ajay’s wife Shital alleged.

She also claimed that the cops, initially, refused to take her complaint. An official of the park, however, claimed that staff rescued Ajay from the raft.

Joint commissioner of police (crime) Vishal Garg said, “A case was lodged under relevant section of the IPC against the Aquatica water park authorities and doctors of Khusi nursing home. The body was handed over to the family after post-mortem.”