Another meeting on the issue is likely to be held on Wednesday. 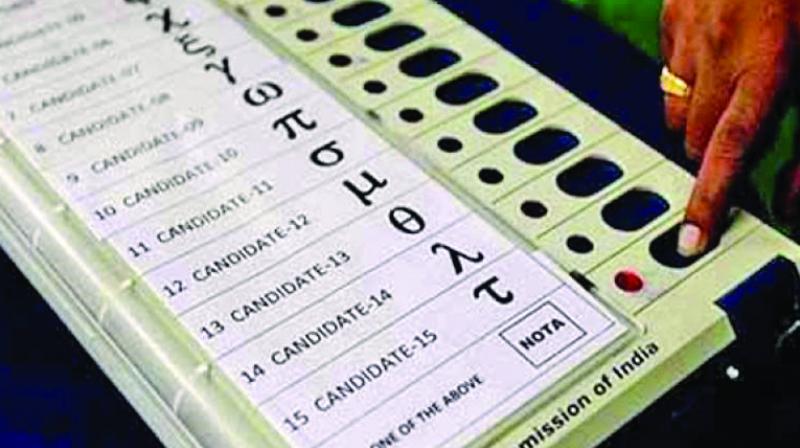 Kolkata: The hour-long meeting of the State Election Commission (SEC) with the officials of the West Bengal panchayat department on Tuesday to decide on fresh dates for the rural polls in the state remained inconclusive, official sources said.

Another meeting on the issue is likely to be held on Wednesday, they said.

The panchayat polls were earlier scheduled to be held on May 1, 3 and 5. However, after the Calcutta high court order, the SEC had announced April 23 as the extended date for filing of nominations for the three-tier rural election.

Scrutiny of the nominations received on the day will be held on Wednesday and the last date for withdrawal of candidature is April 28, the state election commission had said.

A senior official said, “Most likely, tomorrow again there will be a meeting and after that, a decision might be taken in this regard. Nothing is finalised as of now.”

The West Bengal Panchayat Act, 2003 provides that there has to be at least 21 days’ gap between the last date for nomination and the date for the polls. The official also said the aspect of security arrangements also needed to be looked into before announcing the fresh dates for the panchayat polls.

A senior state election commission official said a meeting will be held with the police administration to look into the security arrangements for the rural poll.

When asked whether any meeting will be conducted with all the political parties before the announcement of the poll dates, the official said such chances are less as the SEC has already held elaborate meetings with them last week.

The state Congress leadership staged a protest rally outside the SEC office during the day for its alleged failure to conduct the nomination process in a free and fair manner.

Several Congress activists were detained by the police after they tried to break the police barricade outside the state election commission office.