The court said that dengue occurs every year despite the state's claim that it adhered to the Centre and WHO guidelines to control it. 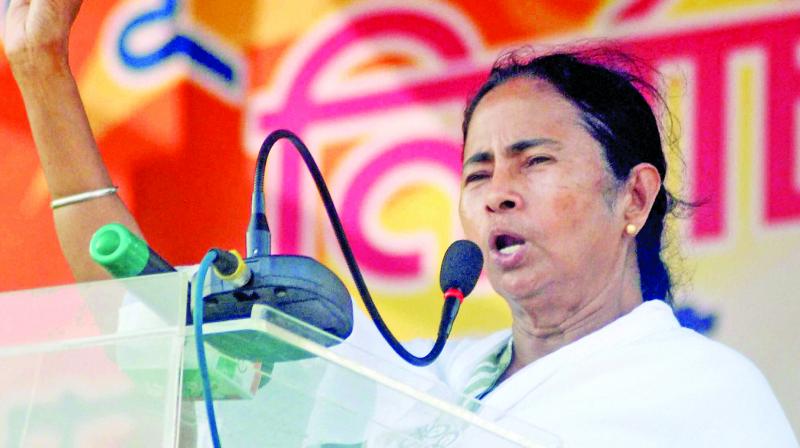 The Mamata govt reported that 38 people have died of dengue this year, of whom 23 died in state-run hospitals and 15 in private facilities, even as some media reports claimed that the figure was higher. (Photo: File/PTI)

Kolkata: The Calcutta High Court on Friday expressed concern over the outbreak of dengue in West Bengal, saying more needs to be done as current steps seem inadequate.

It also observed that it wants to satisfy its judicial conscience that sufficient steps are being taken by the state for the control of the disease and proper treatment of the people.

Hearing PILs on the outbreak of dengue and deaths of a number of people in the state, a division bench of Acting Chief Justice J Bhattacharya and Justice Arijit Banerjee said that dengue occurs every year despite the state's claim that it was adhering to central government and WHO guidelines to control it.

"This shows that more steps need to be taken as these seem to be inadequate to control the disease in West Bengal," the bench observed.

To a plea by state Advocate General Kishore Dutta that the petitions were based on newspaper reports only and there was no research conducted by the petitioners before moving the court, the bench said, "Writ petitioners would not have had to come to the court if you on your own conducted research for further steps to deal with the issue."

Dutta submitted, "In the garb of PILs, people with political motives have come before the court based on newspaper reports and without research. The petitioners have not questioned any part of our report to the central government."

When the AG questioned the maintainability of the petitions, the bench said, "We want to satisfy our judicial conscience that sufficient steps are being taken."

Noting that at least two petitioners have claimed to have done independent research on the issue, the bench said that the petitioners are drawing the notice of the court and for directions to the state for taking necessary steps.

Observing that sufficient materials are there before the court, the bench said, "It is a matter of public concern."

The state government had told the court on November 16 that 38 people have died of dengue in West Bengal, of whom 23 died in state-run hospitals and 15 in private facilities, even as some media reports claimed that the figure was higher.

The state was verifying 22 other cases of dengue deaths reported by various private hospitals, Dutta had told the division bench.

He had also said that around 21,000 people have been affected.

The AG on Friday submitted that claims by some petitioners that the state government was suppressing the number of deaths and affected people are frivolous and there is no credence to such allegations.

Appearing for the Centre, Additional Solicitor General Kaushik Chanda submitted that the state government has failed to make a gazette notification and make dengue a notified disease despite proddings from the Union government.

"If the disease is notified then all state-run and private hospitals would have been bound to report the number of dengue patients and deaths everyday to the state headquarters so that the exact numbers could have been received," Chanda submitted before the court.

At least 10 other states have notified the disease, he said.

Chanda also claimed that the West Bengal government has not provided any report to the Centre on the number of people affected by the disease and deaths since October 4 when the guideline is to send daily reports during the outbreak season.

Replying to a claim by counsel Srijib Chakraborty, who appeared for one of the petitioners, that he had collected copies of death certificates of four persons who had died of dengue in government hospitals and whose names did not figure in the list provided by the state government, the AG said that three of these deaths were not due to dengue.

The fourth victim is yet to be verified, Dutta submitted.