The six-hour-long surgery was performed on the Kolkata woman at a Chennai hospital. 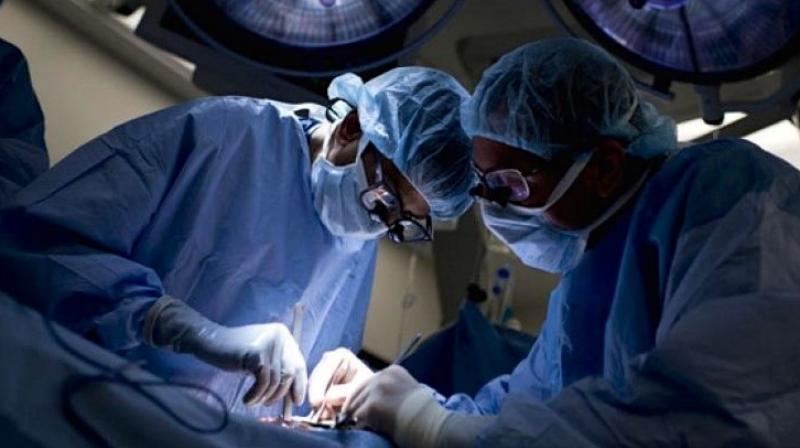 The woman, in June was allocated a pair of donor lungs and a bilateral lung transplant surgery was performed. (Photo: AFP)

Dr Sandeep Attawar, who performed the six-hour-long surgery on her at a Chennai hospital, said at a press meet in Kolkata that the woman is now as good as any healthy woman of her age and will be able live a normal life.

Pulmonary fibrosis is a disease of where the tissues of the lung are damaged with irreversible scarring resulting in reduced oxygen supply in the blood.

Her husband, Rajesh Agarwal, a plywood manufacturer from Jalpaiguri, said that the lung transplant surgery took place in July this year and she was now leading a normal life.

The woman, a mother of two, was also present at the press meet. The operation was done was Heart and Lung Transplant Centre of Excellence at Gleneagles Global Health City in Chennai.

Agarwal said his wife had developed breathlessness in 2011 and soon her condition aggravated with severe bouts of coughing. Doctors had then said that she would not survive without the support of artificial oxygen supply.

"Her daily oxygen intake had increased from two litres to eight litres and her condition started deteriorating. The hospitals said her condition to be a no cure stage," he said.

"That was when I started searching on the internet and stumbled upon the possibility of a lung transplant," Agarwal said.

Dr Attawar said the patient's name was on the wait-list in the state organ sharing registry for donor lungs. In June she was allocated a pair of donor lungs and a bilateral lung transplant surgery was performed on her.

"She was discharged three weeks after the operation in a fully fit condition. She is as good as any healthy woman of her age walking, jogging, running and dancing," Dr Attawar said. A total of Rs 35 lakh was spent for her treatment and surgery.