This crowd puller pandal, located on Chittaranjan Avenue triggered protests from the medical fraternity which vehemently opposed the depiction. 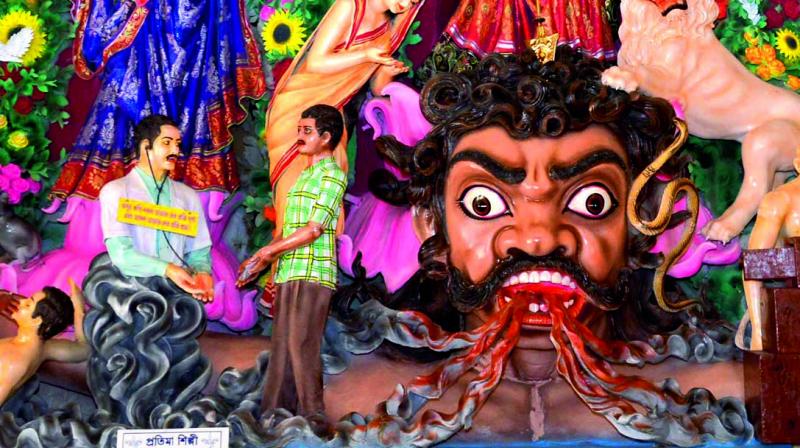 Kolkata: Controversy shrouded the famous Durga Puja pandal at Mohammed Ali Park after clay model resembling a doctor, wearing an apron and carrying a stethoscope while taking money from a patient was allegedly depicted as Mahisasura, the evil.

This crowd puller pandal, located on Chittaranjan Avenue triggered protests from the medical fraternity which vehemently opposed the depiction. They claimed that the theme has maligned the noble profession. 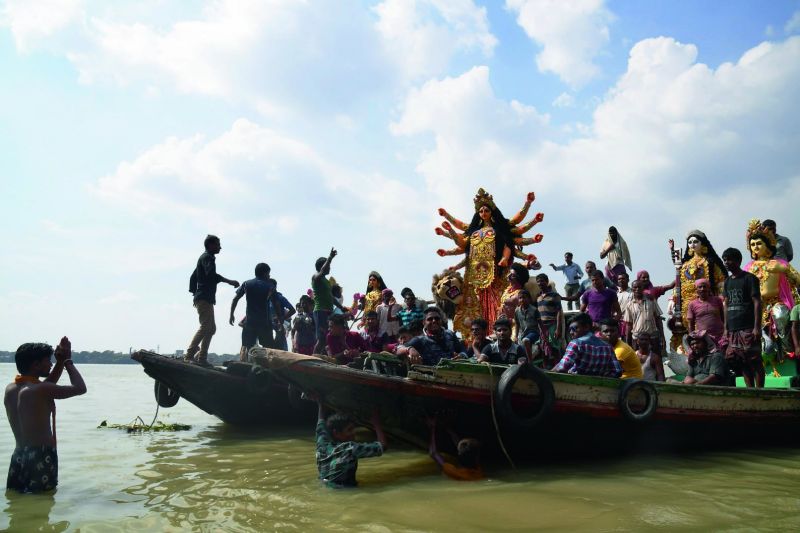 On the other hand, the puja committee said that it has been done to create an awareness against the menace of fake doctors’ network recently busted statewide. West Bengal unit secretary of the Indian Medical Association (IMA) and a Trinamul Congress councillor Santanu Sen demanded the model’s removal.

“We condemn it. It would have been better had the model been removed. The puja committee needs to make it clear that they are only referring to the fake doctors,” he said.

According to Dr Sen, the puja organiser must display a notice at the pandal. West Bengal medical council chairman and Trinamul MLA Nirmal Majhi complained that the depiction was to malign over two lakh doctors in the state and it would send a wrong message. “It would break their trust in doctors,” he added. 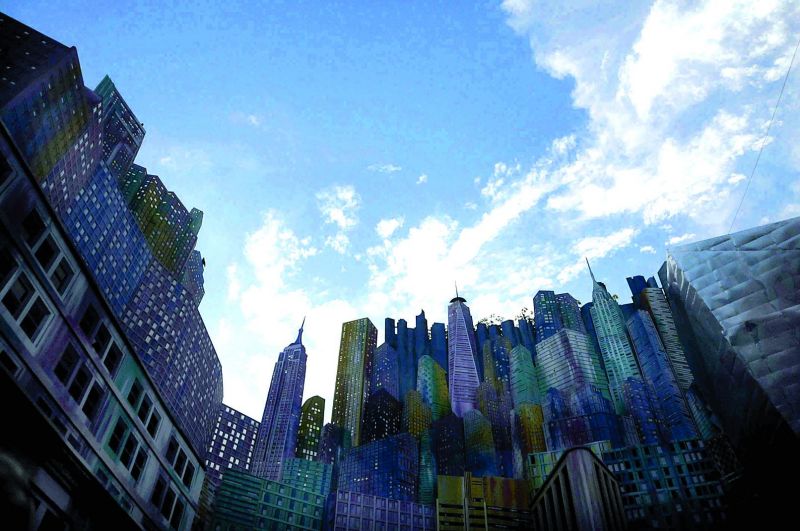 Dr Majhi said that he has taken the matter to Kolkata police commissioner Rajeev Kumar and demanded the model’s removal. Stung by the doctors’ protests on Saturday, the puja committee first hung a placard on the doctor’s clay model saying:  “Hatred for the fake doctors who are like demons. Respect to the real doctors.”

Later, a large curtain was hung in front of the idol with a notice saying ‘Work in Progress.’ Puja committee chairman Dinesh Bajaj, however, argued that the model’s pictures were taken before the completion of the decoration. He said, “We want to make people aware of the fake doctors. Now a notice has been hung on the model.”

Mr Bajaj informed that the issue was resolved with the IMA which sought clarification from the puja committee.