Bharati Ghosh, who was the West Midnapore SP, had resigned from service after she was transferred to a less significant post in December 2017. 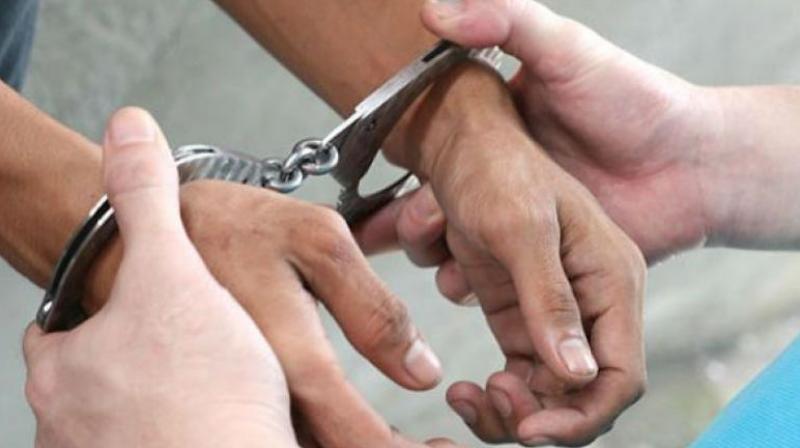 Kolkata: The criminal investigation department (CID) on Saturday arrested a close aide of former IPS officer Bharati Ghosh from his New Delhi hideout in connection with an alleged case of extortion.

Sujit Mondal, former security personnel of Ms Ghosh — was arrested from a hotel in New Delhi’s Panchsheel Park area in connection with an alleged extortion case registered in Daspur of West Midnapore.

Mr Mondal was one of the nine persons, including Ms Ghosh, who have been accused of extortion, putting a person in fear of injury to commit extortion, forgery and criminal conspiracy under Sections 384, 385, 389, 119, 467, 468, 471 and 120B of IPC and Prevention of Corruption Act, 1988, sections. The constable of the West Bengal police was also declared absconder in the case.

Mr Mondal was entrusted for security of Ms Ghosh when she was the superintendent of police of West Midnapore.

“He was caught from Hamilton Hotel at Panchsheel Park in New Delhi at around 10.35 am. He will be brought to Kolkata after getting transit remand,” said CID inspector general Ashok Prasad. Mr Mondal is originally from Sonarpur in South 24 Parganas.

He has been chargesheeted by the CID in the case at the Daspur police station in which Ms Ghosh also stands as the prime accused.

In July this year, Sujit had a miraculous escape from the detention at L.T. Marg police station in Mumbai before a CID team reached there to arrest him.

A person had complained that some police personnel had forcefully taken money from him last year following which the CID was issued directives by a court to conduct raids at the residences of Ghosh and her associates named accused in the case.

Ms Ghosh, who was the West Midnapore SP, had resigned from service after she was transferred to a less significant post — the commandant of the third battalion of the state armed police — in December 2017.