3 teens among 4 held for bid to extort trader

Businessman Mohammed Sakillodged had lodged a complaint with the police alleging of receiving extortion calls by someone unknown. 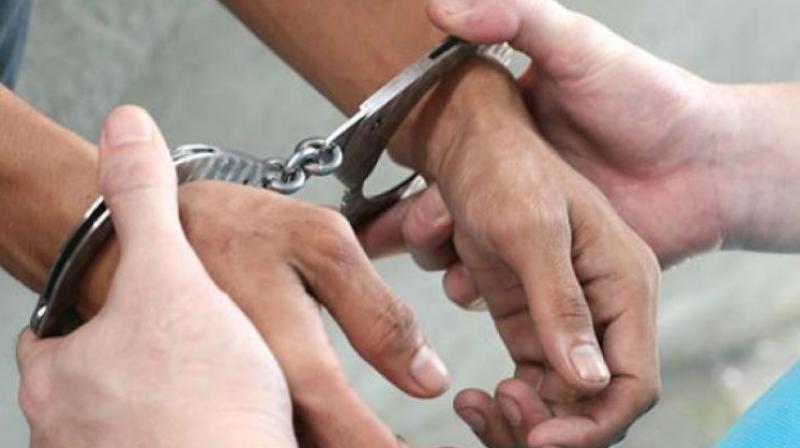 Kolkata: Four persons including three teenaged boys were arrested by the Rajabagan Police for allegedly trying to extort money from a young coal businessman after kidnapping him in the port area.

All of them are from Garden Reach. The accused are Mohammed Jamshed Ali (32) of Paharpur Road, Moinul Haque (19) of Azhar Molla Bagan, Mohammed Afsar (19) of Golam Abbas Lane and Abu Junaid (19) of Paharpur Road, said deputy commissioner of police (port) S W Raza.

On Saturday, Mohammed Sakil, the businessman from T-235 Mithtalab Bara Bagan, lodged a complaint with the police alleging of receiving extortion calls by someone unknown to him at around 8 pm on Saturday after his son: Mohammed Aslam (22) went missing.

Tracing the tower network of the calls the police reached in front of Aftab Nursing Home in Garden Reach and rescued Aslam.

The four accused who were trying to collect the money from him after abducting him were also caught.

During interrogation of the accused, the police however, found that there was a previous monetary dispute between the victim and one of the accused: Abu Junaid due to which they had confined him to demand of a payment of Rs 17,000.

The accused quartet was remanded in two days’ police custody by the court on Sunday.