Satyarthi, who started Bachpan Bachao Andolan, said there is strong correlation between child labour and unemployment. 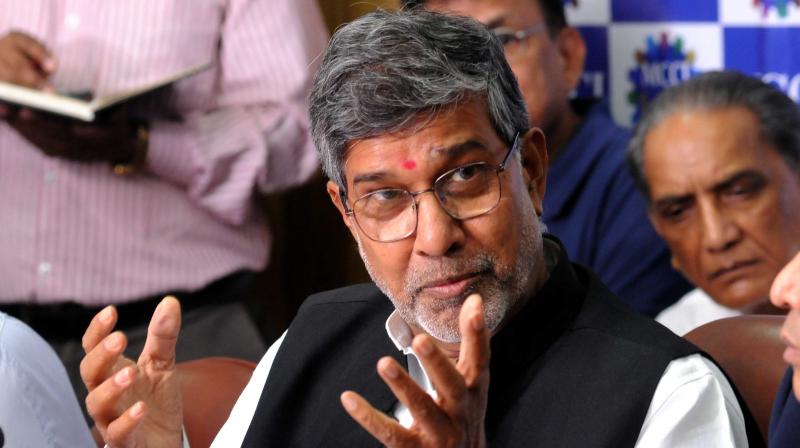 Kolkata: Nobel Laureate Kailash Satyarthi today said India should prioritise its spending on children’s welfare to reap the benefits of the country’s demographic dividends. “The government should protect one generation of children and the subsequent generations will be protected. India should prioritise its spend of the GDP for their welfare,” he said at an MCCI interaction here. Satyarthi, who had won the Nobel Peace Prize in 2014 along with Pakistan’s Malala Yousafzai for working for protection of children from servitude in 144 countries, said as per government estimates, 11 children go missing in the country every hour and half of them are never rescued. Unless they are given priority in the national policies and laws are framed to protect them, the problem of child trafficking would be difficult to deal with. Satyarthi, who started Bachpan Bachao Andolan, said there is strong correlation between child labour and unemployment. “Most children from the underprivileged class are engaged in child labour and they are cheap. Many are either driven to slavery and prostitution. This is a serious issue and not negotiable,” he said.

Praising Prime Minister Narendra Modi’s ‘Beti Bachao, Beti Padhao’ programme, he added, “Even the beti (girl child) is not safe. Most of them do not feel safe at home as they are often sexually abused by relatives. Even the boys are not safe.” “Not only of the government, it also a collective moral responsibility for all the citizens including corporates to come forward for the cause,” Satyarthi said. On a lighter note, Satyarthi said when he met President Pranab Mukherjee after winning the prize, he was told that there was not a single original Nobel prize medal on Indian soil and only the replicas were there.

“Then I decided to dedicate the Nobel prize won by me to the nation,” he said.