Some of the suburbs, where maximum number of voters faced this difficulty were Mankhurd, Bandra, Parel, Sewree and Dadar. 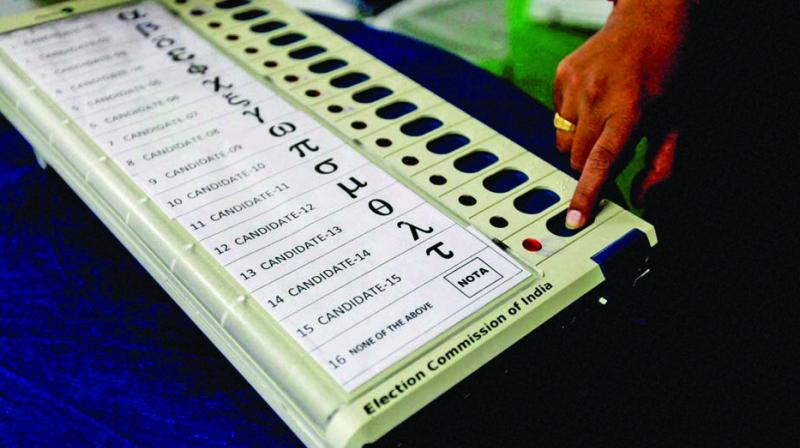 Mumbai: On the eve of the counting ofvotes for the Brihanmumbai Municipal Corporation (BMC), the Aam Aadmi Party (AAP) demanded that repolling be held in the areas where a large number of people could not exercise their franchise as their names did not figure in the voters' list.

In a statement issued here, AAP said, "We have received several complaints regarding names going missing from electoral rolls in the BMC polls held on . Although AAP did not contest the elections, it is deeply concerned that a substantial number of Mumbaikars have been denied the right to vote due to incomplete and inaccurate (voters') lists, thereby undermining the democratic process."

"Complaints, including the absence of names from voter lists, appearance of voters' names in different wards, lack of preliminary testing and audit of electoral rolls, and insufficient due diligence in the preparation of a document are serious, adherence to which is the bedrock for elections," it further said.

Satish Jain, AAP's coordinator for Mumbai Metropolitan Region, said, "It is the duty of the Election Commission to take such measures and therefore, we have apprised and demanded the EC to ensure that fundamental constitutional guarantees are respected for all its citizens, and to hold fresh round of election at the affected places."

During the polls held for the Mumbai civic body, several people could not vote as their names did not appear on the electoral rolls. Many voters spent several hours to find their names, only to return home disappointed.

Some of the suburbs, where maximum number of voters faced this difficulty were Mankhurd, Bandra, Parel, Sewree and Dadar.

Even some celebrities, including actor Varun Dhawan and master chef Sanjeev Kapoor, failed to find their names in the voters' list and had to return home without exercising their franchise.