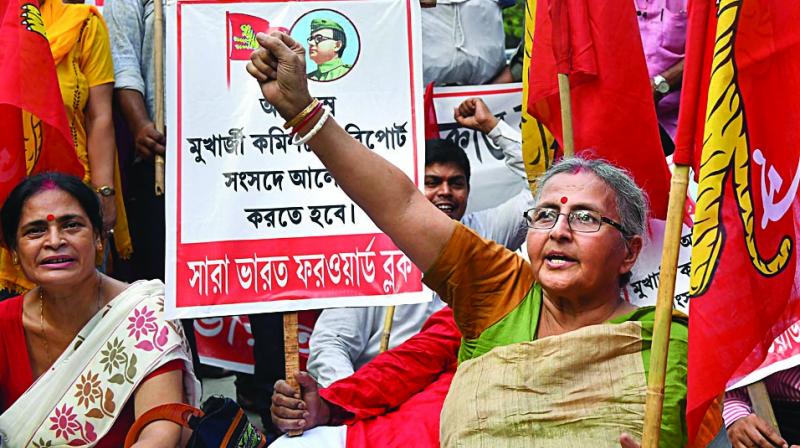 Kolkata: The Press Information Bureau's tweet announcing August 18 as the death anniversary of Netaji Subhas Chandra Bose has been welcomed by one of his grandnephews, author Ashis Ray.

Mr Ray said that investigations by him between 1987 and 1995 had confirmed the charismatic freedom fighter's death in a plane crush in Taipei on August 18 in 1945.

The PIB of the Government of India had made an announcement on August 18 acknowledging Subhas Chandra Bose's death on that day. I welcome it, Mr Ray said  from London over the telephone on Wednesday.

It was withdrawn after protests by a section of Netaji's family.

Mr Ray, academician Sugata Bose and his mother Krishna Bose, both former parliamentarians, are among the family members who are of the opinion that Bose died in the air crash.

I had taken my findings to the then Indian Prime Minister P V Narasimha Rao, who through his then external affairs minister Pranab Mukherjee had attempted to bring Bose's ashes from Tokyo (where they are allegedly preserved) to India, but without success, Mr Ray said.

After more evidence came into my possession I launched a website www.Bosefiles.Info (now withdrawn) in 2015 with the facts backed by documentary proof. I then penned Laid to Rest: The Controversy Over Subhas Chandra Boses Death, he said.

He also dismissed the demands of family members, including Chandra Kumar Bose, the West Bengal BJP vice-president, for conducting DNA tests on the remains of Netaji. No DNA test has been carried out on Netaji's ashes and this is unnecessary, because the evidence is overwhelming, he pointed out.

Chandra Bose and family members who share his views had urged Prime Minister Narendra Modi to form a special investiagting team to unravel the mystery surrounding the nationalist leader's disappearance over seven decades ago. The SIT should conduct the DNA test on the ashes stored at the Renkoji temple in Tokyo, they demanded and urged Mr Modi to speak to Japanese premier Shinzo Abe.