Apart from him was Ritabrata who was given a post by chief minister Mamata Banerjee on a government panel recently. 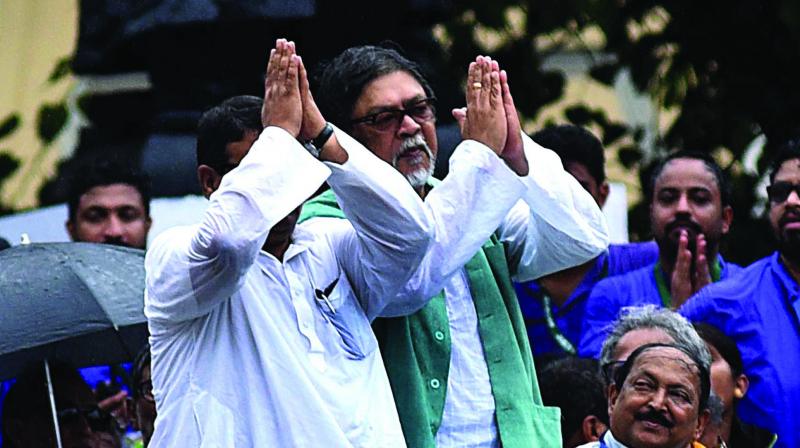 The inclusion of Mr Mitra, a journalist, once known for his proximity to former PM Atal Behari Vajpayee is bound to come as an embarrassment to the BJP in tackling the Trinamul in its bastion.

He quit the party recently, following his unhappiness with the style of functionning by the present BJP leadership. Mr Mitra is the editor of The Pioneer, an English daily. At the venue Trinamul secretary general Partha Chatterjee announced names of the new entrants to the party.

Apart from him was Ritabrata who was given a post by chief minister Mamata Banerjee on a government panel recently. The Congress received another blow when the four of its MLAs: Samar Mukherjee, Abu Taher, Sabina Yasmin and Akhruzzman were seen at the rally venue.

Among the four two: Mr Taher of Nowda and Mr Akhruzzman of Raghunathgunge are from Murshidabad where state Congress president Adhir Ranjan Choudhury is MP from Berhampore.

Mr Mukherjee and Ms Yasmin are from Malda. Furious over the defection of the four MLAs Mr Choudhury alleged, “The chief minister is the killer of democracy in the state. The Congress will never ask anything from her because what she is now is because of the Congress. But she killed the Congress after coming to power.”