The Left councillors, however, were not supported by the Congress or BJP councillors. 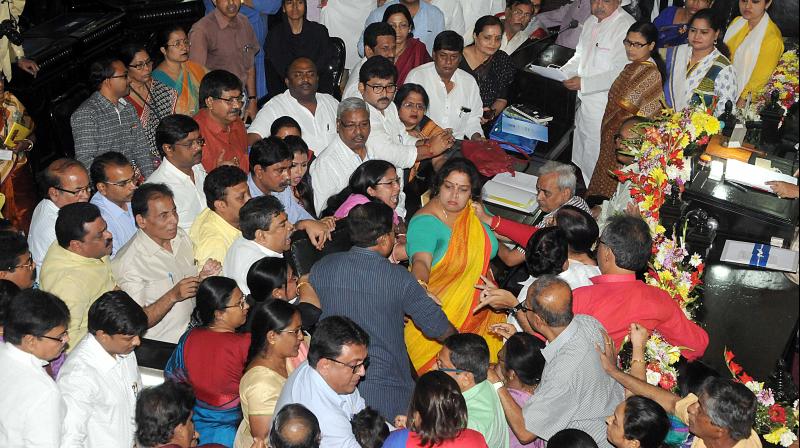 Kolkata: Ruckus over the Narada sting video continued on the final day of the Budget discussion at the Kolkata Muncipal Corporation (KMC) on Tuesday, with Left councillors staging a walkout when mayor Sovan Chatterjee started to deliver his address. The Left councillors, however, were not supported by the Congress or BJP councillors. The Left organised a rally at the lobby of the House, demanding the resignation of the mayor over the Narada issue. They also shouted slogans in front of his room. Left councillors had also protested inside the House when Mr Chatterjee delivered his Budget speech on Saturday.

The mayor, however, was unperturbed and delivered his address, declaring a yearly allocation of Rs 20 crores to the councillors’ fund from the next financial year. “We will be giving Rs 20 crore to the councillor’s fund, up from Rs 15 crore, so that development works receive a boost,” Mr Chatterjee said.

He also announced that he has got the nod of chief minister Mamata Banerjee to extend basic civic amenities like road and water to land which falls within the KMC area that belongs to any government department or is forcibly occupied by someone. “I often get requests from people who are living on land that have either been forcibly occupied or belong to a government department. The corporation will not grab that land, but will provide civic amenities like road and water,” the mayor said.