Cautioning Dr Banerjee against making “tall talks” on economy, he advised him rather to put forward his proposal to the PM and his government. 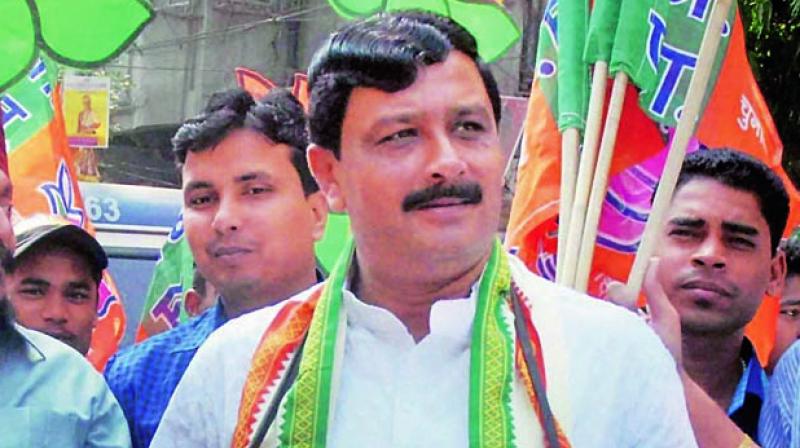 The former state BJP present observed that ‘Nyay’ scheme, proposed by the Congress in its manifesto, which the MIT professor had worked on was rejected by the voters in the Lok Sabha elections.

Cautioning Dr Banerjee against making “tall talks” on economy, he advised him rather to put forward his proposal to the PM and his government. Dr Banerjee is expected to meet Mr Modi this week.

“All do not accept if Nobel Prize win is used for political interests. We have seen it in case of this Nobel Prize winner and another, earlier also. So, economic thoughts can be placed before the country. Let there be a debate on them. No objection is there to it. But, insulting PM and mocking the finance minister out of that those thoughts is not decent,” Mr Sinha alleged.

He claimed, “He worked on Nyay. But what happened to Nyay? People across the country just rejected Nyay. He is speaking against the finance minister. Let him send an alternative to the government and finance minister if he has any such. Let him turn a village economic, when he is making tall talks on economy. Only then, those tall talks from him can be paid heed to.” This was, however, not the first time Mr Sinha made controversial comments on Prof Banerjee. Soon after Union railway minister Piyush Goyal’s attack on the Nobel laureate on October 18, Mr Sinha had wondered if having a second wife as foreigner has become the criteria to get Nobel.

He said, “Those who have their second wives as foreigners are getting Nobel mainly. I do not know if this is a degree to get Nobel. But it is correct that Mr Goyal’s comments are right because they have turned economy into a Leftist policy. But the Leftist policy has become obsolete in this country itself.”