The bikers have been also been visiting historical places including lighthouses enroute which are part of India’s rich maritime heritage. 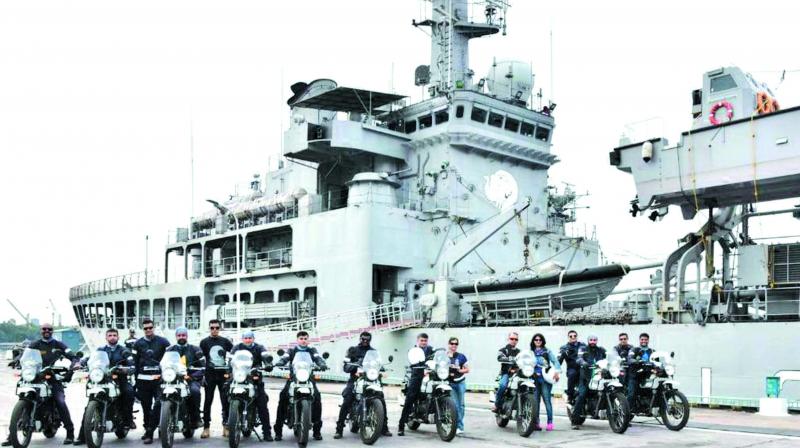 Kolkata: The final leg of the motorcycle expedition organised by Indian Navy to create awareness about the coastal security as part of golden jubilee celebrations of the Western Naval Command is concluding in Kolkata on Monday. It was flagged off from Visakhapatnam by chief staff officer (Operations) Eastern Naval Command Rear Admiral Mahesh Singh on May 18.

Twenty naval officers including women officers with 10 motorcycles are participating in the expedition which is aimed at highlighting the importance and spreading awareness on coastal security along the coast.

The motorcycle expedition, which is an initiative of the Goa Naval Area in association Royal Enfield started from Mumbai on May 05 and would cover the West and East Coast of peninsular India and conclude at Kolkata on May 21, said chief public relations officer (Eastern Command) Wing Commander SS Birdi.

The expedition is divided into five legs.

Wing Commander Birdi informed that four participants would be riding the entire length from Mumbai to Kolkata while the remaining riders have been participating in various legs. During the ride, the naval personnel will be sensitising the local population regarding importance of security and how they could contribute towards the same.

The bikers have been also been visiting historical places including lighthouses enroute which are part of India’s rich maritime heritage.