In addition justice Talukdar instructed the WBSEC to add one day extra in the period for filing of nominations. 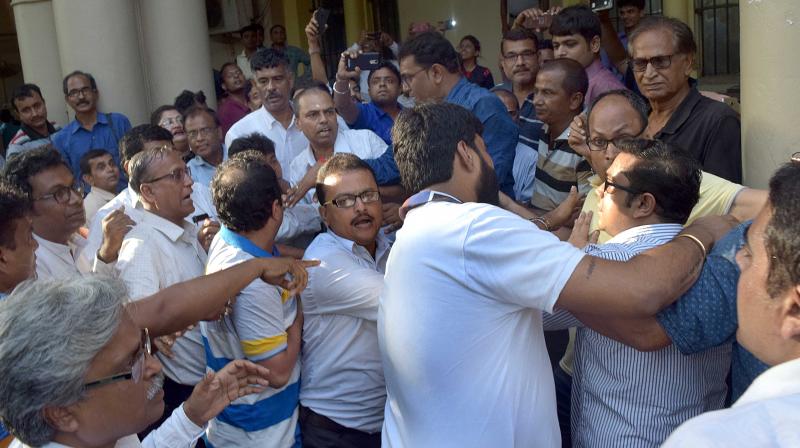 Kolkata: In a major setback to the Mamata Banerjee government and the West Bengal state election commission (WBSEC) the panchayat elections have been postponed as the Calcutta high court on Friday junked the three-phase rural polls’ schedule — May 1, 3 and 5 with the counting of votes on May 8 —  which were announced by the state poll panel on March 31.

Justice Subrata Talukdar ordered that fresh dates have to be declared by the state poll panel in consultation with the state government after observing that it would not be possible to start the rural polls on May 1 which was the first round. The judge also cancelled the WBSEC’s notification on April 10 when the state poll panel overnight withdrew its own order extending the deadline by one day for filing of nominations by the candidates for the panchayat polls.

He earlier, had put a stay on the WBSEC’s order of withdrawal following a petition by the BJP. In its order of 35 pages the single bench also directed the state poll panel to issue fresh dates for filing of nominations by the candidates. In addition justice Talukdar instructed the WBSEC to add one day extra in the period for filing of nominations.

Before the single bench the ruling party claimed that the court could not interfere once the poll schedule was announced.

It even questionned whether the BJP’s petition was maintainable or not since the Opposition party moved the court after the deadline for filing nominations was already over. But, the single rejected the pleas. Devastated by the verdict the Trinamul has decided to not to challenge it at the division bench.

Emphatic over the victory BJP lawyer Pratap Banerjee, showing victory sign, said, “Today’s verdict is historic. The judiciary took a bold step. It upheld the rule of law when the democracy is at the stake in West Bengal. We welcome the verdict. It is not only the victory of the BJP, but also of the common people who love democracy. We now want to see what steps the state poll panel will take following the high court’s order. We will later take up our demand of deployment of the central para-military forces during the polls.” But Trinamul MP Kalyan Banerjee, who appeared for the ruling party, reasoned, “The court did not grant the opposition parties’ demand for the deployment of the central para-military forces during the rural polls. It also rejected the attempt by the opposition parties: Congress, CPI(M) and BJP to halt the polls till August. It further turned down their demand of the state election commissioner’s removal.”