BJP may rope in Swami Aseemanand for Bengal

The self-confessed monk is known for his fiery speech and anti-minority stance. 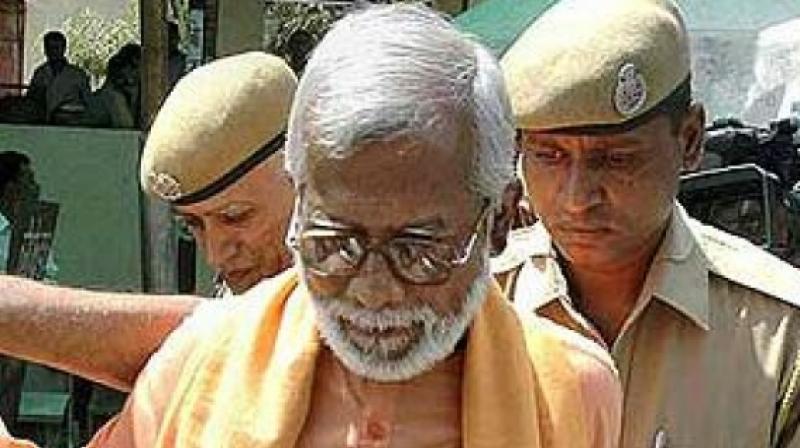 Kolkata: The BJP in West Bengal is planning to rope in Hindutva preacher Swami Aseemanand, who was acquitted in the Mecca Masjid blast case earlier this week, to strengthen its base in the state, a senior party official said on Thursday.

“I have personally known Swami Aseemanand for a long time. I will talk to him and try to bring him to West Bengal so that he can work here. For a long time, he has worked among the tribals in Bengal. He can help us in a lot of ways,” BJP state president Dilip Ghosh said. A special anti-terror court on Monday had acquitted the 66-year-old self-confessed monk and four others in the 2007 Mecca Masjid blast case, holding that the prosecution failed to prove “even a single allegation” against them.

Aseemanand’s younger brother, Sushanta Sarkar, is presently the secretary of the BJP’s Hooghly unit. Mr Sarkar said he would be happy if his brother returned to the state for work. “Our entire family is dedicated towards the Sangh Parivar. If my brother comes to Bengal and wants to work here, we will be very happy,” Mr Sarkar said.

Aseemanand, who was born as Naba Kumar Sarkar at Kamaarpukar in West Bengal’s Hooghly district, completed his graduation in science in 1971.

The self-confessed monk is known for his fiery speech and anti-minority stance.

He became involved with rightwing groups from school, going on to work full time with the Vanvasi Kalyan Ashram in Purulia and Bankura districts in the state. It was at the Ashram that Naba Kumar Sarkar was christened Swami Aseemanand in 1981.