Directs activists to extricate eyes of those fighting party in panchayat polls. 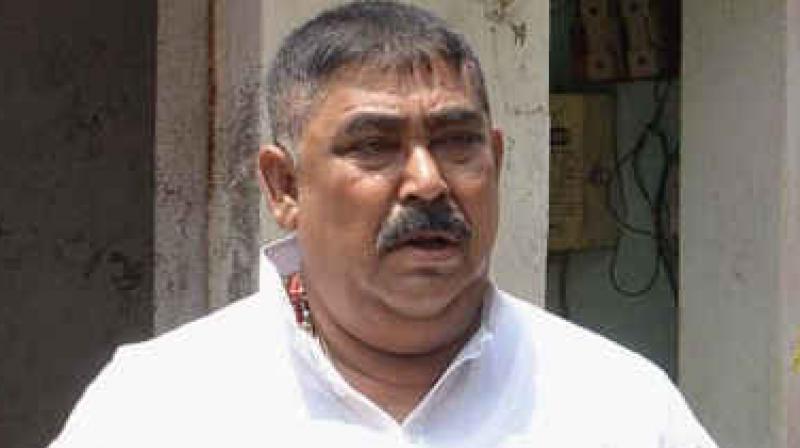 Kolkata: Triggering controversy, Trinamul Congress strongman of Birbhum, Anubrata Mondal, on Saturday, directed party workers to extricate eyes of the opposition parties’ activists if they would challenge the ruling party in the upcoming panchayat elections.

“There is no reason of fear. You know well how to conduct an election. Trinamul will sweep panchayat polls uncontested. I make it clear here. Still if anyone have an angry glance on you, extricate his eyes. There will be no problem,” he told a Trinamul rally at Mohammed Bazar on Saturday.

Mr Mondal added, “Later replace those eyes with the ones made of stones. There is no dearth of stones here.”

His diktat came close on the heels of his deadline to a police officer to arrest the unwilling farmers who clashed with the police after refusing to give away their land for a project at Shibpur in Bolpur.

He had then threatened to beat the opposition parties’ workers and vandalise their homes.

Although the Trinamul is yet to react to Mr Mondal’s latest controversial comments, party MLA and consumer affairs minister Sadhan Pande tacitly trained guns on him.

The opposition parties have slammed the Trinamul Birbhum district president over his open threat.

Demanding Mr Mondal’s arrest, the district CPI(M) has declared to take it to the streets on November 20.

Mr Mondal responded to the statement by daring parties to come out.

He said, “I have not killed anyone. Let them come out of their home if they have the guts. I challenge them. The CPI(M) still exists because I do not want violence.”

State BJP president Dilip Ghosh said, “Mr Mondal has felt that he has started losing his ground. That is why he is panicked and he talks of fear.” He added, “There is no reason for him to fear as the party to which he is associated is in power and it rules the administration.

But Mr Mondal thinks he may lose his post in the party.”