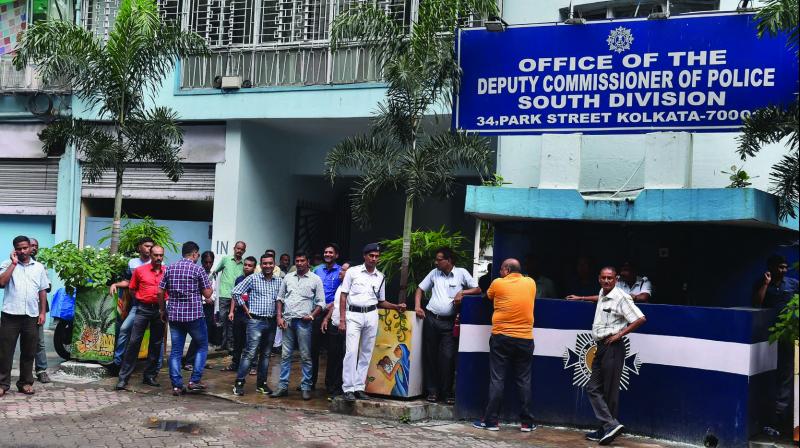 Kolkata: To evade his arrest at the hands of the Central Bureau of Investigation, former Kolkata police commissioner Rajeev Kumar has moved the Alipore District Court with his anticipatory bail prayer in the multi-crore Saradha chit fund scam as the CBI has formed a new  team to hunt for him. On Wednesday afternoon, his counsel Gopal Haldar went to Alipore District Court.

He however could not file the application as the case diary of the Saradha chit fund scam is yet to be brought from the Barasat Court in South 24 Parganas.

He said, “The prayer may be filed on Thursday.” According to sources, Mr Kumar’s counsel would pray that the senior IPS officer should be given a hearing before the court issues any order relating to a non-bailable arrest warrant if any filed by the CBI against him.

Incidentally the CBI also moved the additional chief judicial magistrate's court in Alipore to pray for the issuance of an NBW against Mr Kumar. But it could not file its plea due to the absence of the case diary.

Meanwhile CBI joint director (east) Pankaj Srivastav held a meeting with the special team comprising officers of the agency's unit in Uttar Pradesh and also headquarters in New Delhi where they have probed many high-profile cases.

The new team includes two superintendents of police (SP) and three additional SPs apart from other junior ranks. The CBI suspects that Mr Kumar, who is the additional director general of police (ADG) of the criminal investigation department being its chief, has still been staying at his official residence at 34 Park Street in south Kolkata. Its suspicion deepened only after a CID employee was seen visiting his flat in the afternoon.

Although his name could not be ascertained, he is learnt to be posted as the personal assistant at the ADG CID's office at the state detective agency's headquarters in Bhawani Bhavan in Alipore, sources revealed while adding that he however left Mr Kumar's flat after some time with a bunch of files which suggested the IPS officer's presence inside.

But Mr Kumar, under the radar, has remained incommunicado maintaining suspense. Once seen as a successful cop, life has changed for him since the Calcutta High Court last week withdrew the blanket protection on his arrest while coming down heavily on him for alleging high voltage allegations against the CBI of targeting him.