Eight seats, barring Jadavpur, will witness a four-cornered contest between the TMC, the BJP, the Congress and the Left Front. 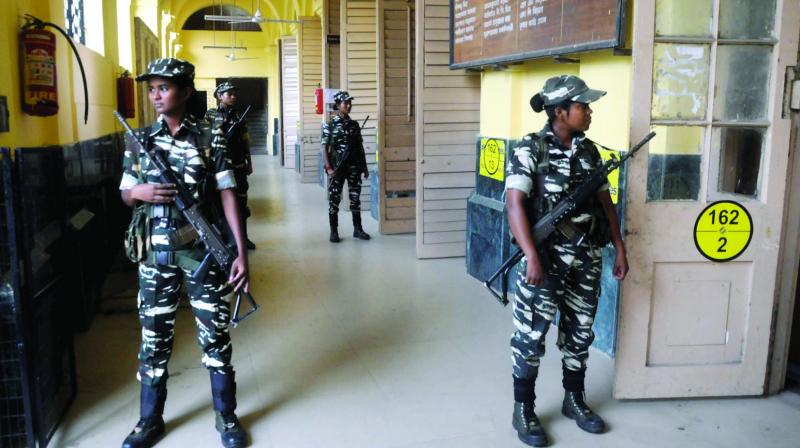 Kolkata: Preparations are in place for the seventh and final phase of the general elections in West Bengal, where nine Lok Sabha constituencies will go to polls on Sunday.

An electorate of 1,49,63, 064 will decide the fate of 111 candidates in these nine seats — Kolkata North and Kolkata South, Dum Dum, Barasat, Basirhat, Jadavpur, Diamond Harbour, Jayanagar (SC) and Mathurapur (SC).

Eight seats, barring Jadavpur, will witness a four-cornered contest between the TMC, the BJP, the Congress and the Left Front. The Congress has given the Jadavpur seat a miss.

Sitting MP Abhishek Banerjee, who is the nephew of TMC supremo and considered the number two in the party, is seeking re-election from the Diamond Harbour seat, where he is pitted against BJP’s Nilanjan Roy. The CPI(M) has nominated Fuad Halim and the Congress Soumya Aich Roy for the seat.