The building, which is located in ward no 61 of the Kolkata Municipal Corporation was already declared unsafe by the city civic body. 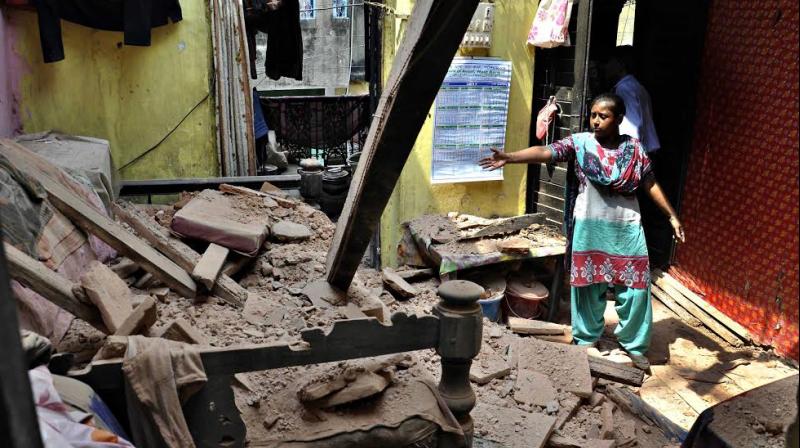 A portion of the collapsed house on Ripon Lane in Kolkata. (Photo: Abhijit Mukherjee)

Kolkata: Three persons, including two women, were injured after the portion of a house collapsed in central Kolkata in the early hours of Thursday. At around 12.30 am, a portion of the roof of a dilapidated two-storeyed building at Ripon Lane caved in, leaving them trapped inside. The building, which is located in ward no 61 of the Kolkata Municipal Corporation was already declared unsafe by the city civic body.

The injured were Nazma Khatoon (65), her son: Arsad Ali (30) and her daughter-in-law Sabnam Bibi (25), said additional commissioner of police (III) Supratim Sarkar. Local residents rescued them and rushed them to Calcutta National Medical College and Hospital.

Nazma, wife of Firoz Mollick, suffered injuries on her face. While she is undergoing treatment, two others were released after first-aid.

According to preliminary investigation, nine families stay at the house. But this was not the first incident of collapse at the house. Six months ago, another portion of the house had collapsed. The house owner has gone into hiding, the police said.