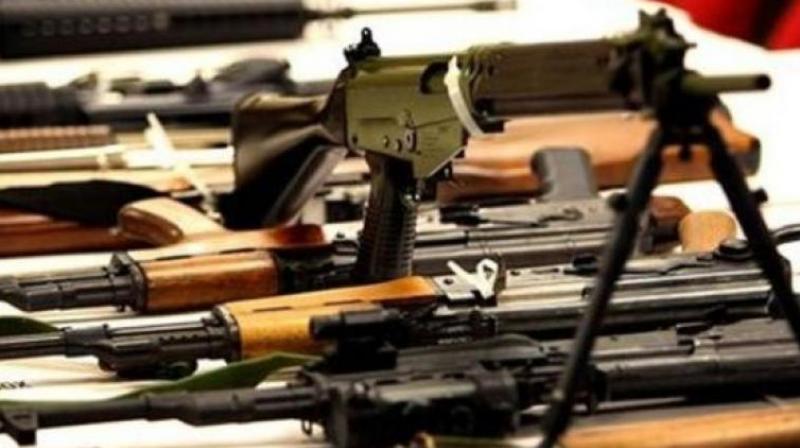 Kolkata: Close on the heels of the Modi government’s clearance to procure around 7.40 lakhs assault rifles of 7.62 mm calibre which will replace the 5.56 mm calibre INSAS rifles for the Indian Army, the Army has flagged its serious questions on the quality of the latest weapon being developed by the Kolkata-headquartered state defence manufacturer: Ordnance Factory Board (OFB).

Vowing to not to compromise with the qualitative requirements (QR) for its weapons the Army also pointed out that the new assault rifle failed trials while deliberating that no one can meet its requirement.

The Army’s concerns came after the OFB sounded its preparedness to start the assault rifles’ production which is likely at Rifle Factory Ishapore in North 24 Parganas with the defence ministry assuming that it would take three more years to place the first order for procurement. According to a Standing Committee On Defence report submitted to both the Houses of the Parliament on March 13, defence production secretary Ajay Kumar told the parliamentary panel, “Sir, I would like to tell that now in S.C. 7.6 mm best technology, 7.5 lakh assault rifles have been approved which will be made in the country. Whatever is the requirement of the army, in that work of making about 7.5 lakh assault rifles will be done in the country. The OFB and Industries will built it together.”

On the status and time-frame for the assault rifles’ production he said, “In S.D.A.C. approval it has been stated that the first order will be given in 2020-21.” Replying to the question of the assault rifles’ order and production OFB chairman Sunil Kumar Chourasia, also the director general (DG) of Ordnance Factories (OF), told the panel, “I am ready for production. (Assault rifle is being developed in-house by this R&D in Rifle Factory, Ishapore. PMT has formed in it, in which army is the representative of user quality, all are working together on this).”

Explaining why the orders were yet to be placed, DG (Weapons & Equipment) Lieutenant- General Sanjiv Verma told the panel, “Sir, this problem has been known for long years. The assault rifle or the carbine, which this service is wanted, we have not been able to get. I just explain that. For the past few years, whatever trials have gone for the assault rifles and carbines, we were not satisfied with them. So, we have not been able to get the weapons....”

He elaborated, “Recently, in the Defence Acquisition Council, a very deliberate decision at the highest level has been taken on how to proceed ahead with the eight lakh plus rifles and carbines which we wanted. In that, we have gone for certain quantity to for the fast track procedure from import. But for the balance, that is, seven lakh plus, out of that, the Ordnance Factory Board is also going to participate. But, yes, Sir, like what you are pointing out, nobody is in a position to meet our requirement tomorrow. Sir, it is not up to my requirement. How can I give order?”

When the panel wanted to know about the QR and OF waiting for orders, Lt Gen Verma informed it that the Army has trie0d but the assault rifles failed in trials. He said, “Sir, QRs have been given to them. It was tried and tested a number of times. But, unfortunately, it did not meet our QR. Sir, your point is very valid. For a rifle, I cannot have a diluted QR to be used on the frontline. So, what we are doing is that we are importing a certain quantity and for the rest, the work is in progress. Various prototypes of weapons have come to us for trials and they are being tested. It is not that we have not tested them.”

Describing the QR as ‘very stringent’ defence secretary Sanjay Mitra later assured the panel that OFB would acquire technology to ‘make it up to the standards of Army’s satisfaction.’