The Trinamul Congress also said it will break all records in terms of people attending the rally at the Brigade Parade grounds. 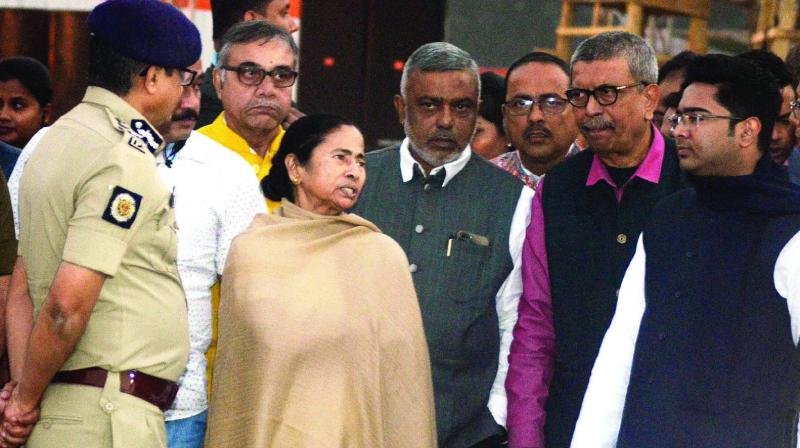 Kolkata: The mega opposition rally, to be hosted by Trinamul Congress at the Brigade Parade ground here on Saturday, is also expected to see leaders of Congress, TDP, SP, BSP, RJD, JD(S), NCP, DMK, National Conference and Aam Admi Party (AAP) among others sharing the dias to give a clarion call to oust the BJP-led NDA (National Democratic Alliance) coalition government at the Centre in the forthcoming Lok Sabha elections.

A senior TMC leader said it is a big achievement that all opposition parties will be on one platform ahead of the general elections, making it a defining moment in Indian politics. The party leaders said the BSP has confirmed its participation.

The meeting will also be attended by SP’s Akhilesh Yadav and RLD’s Ajit Singh and Jayant Chaudhury. Mayawati-led Bahujan Samaj Party (BSP) has drafted its senior leader Satish Mishra for the rally.

National Conference leader Farooq Abdullah and DMK’s M.K. Stalin and many other important leaders will also be present. The TMC said the rally will see participation of non-BJP parties from “Kashmir to Kanyakumari”.

However, the Left parties, led by the CPI(M), have decided not to attend the rally. Congress will be represented by senior leader Mallikarjun Kharge, but Rahul Gandhi and Sonia Gandhi will not be present.

The Trinamul Congress also said it will break all records in terms of people attending the rally at the Brigade Parade grounds. “This time you will witness that all the previous records at Brigade Parade grounds will be broken and will remain a unbreakable record for next several decades,” TMC secretary general Partha Chatterjee said.

There will be 200 LED screens across the venue and Kolkata police has decided to use drones to monitor the security arrangements. Thousands of Kolkata police personnel will be deputed in and around the venue to ensure that no untoward incident takes place.