Minister calls on both sides to soften stand

The CM is responsible for the present situation. The junior doctors can argue with her but they should ensure health services first.” 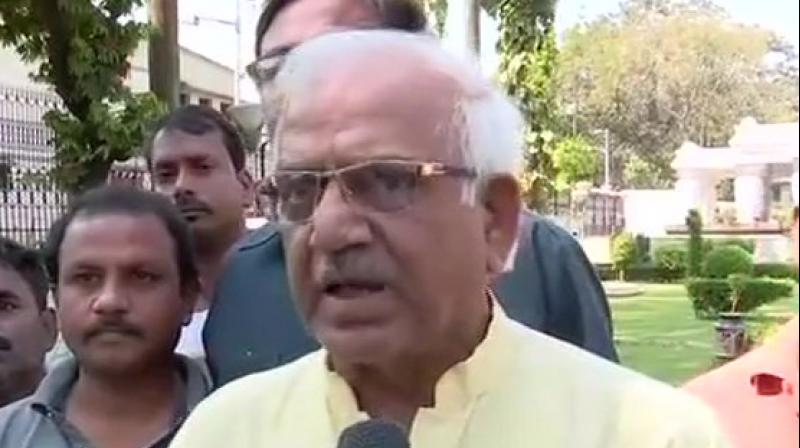 Kolkata: State power minister Sovandeb Chattopadhyay on Sunday asserted that the venue for the talks between West Bengal chief minister Mamata Banerjee and striking junior doctors to end the ongoing stir at government medical colleges and hospitals would not be a “factor”.

Calling both sides to soften their stand to end the stalemate, he however observed that the media’s presence during the talks by the two sides may not be appropriate. State BJP president Dilip Ghosh underlined that both sides are “accountable” to the society to resolve the crisis.

Mr Chattopadhyay said, “Both sides have to be softened. A decision has to be taken by us considering the interest of the larger society. I have seen in the morning dailies that Ms Banerjee has softened her stand to a great extent. She has announced of accepting all of their demands because she wants an immediate solution to the problem.”

He elaborated, “The CM has also appealed them to rejoin their duty. I firmly believe that the venue is not a factor. Wherever the talks would be held, it is the human beings who will talk to each other and not the place. The wayout would be done certainly. Regarding the presence of the press, they can be there during the introduction of the talks.”

The Trinamul Congress leader noted, “I do not know how much it would correct to discuss among themselves in presence of the press. If Ms Banerjee accepts it, it is upto her. We ultimately want an end to the crisis.” Mr Ghosh pointed out, “Both sides will place their views. Now it has been a matter of ego. But that is secondary.”

The BJP MP of Midnapore reasoned, ”The main issue is that the patients have been suffering. To end their plight, they have to be treated. So, the doctors and CM are equally accountable to the society. Party and profession come later. We want the strike to end fast.”

He added, “The doctors should resume their duty. Some patients died even. Others must get treatment. Talks can continue meanwhile. No one is secured in West Bengal.”

The CM is responsible for the present situation. The junior doctors can argue with her but they should ensure health services first.