In fresh jolt to TMC, party MLA set to defect to BJP

The move comes close on the heels of the Trinamul supremo’s deadline of seven days to those who want to leave the party. 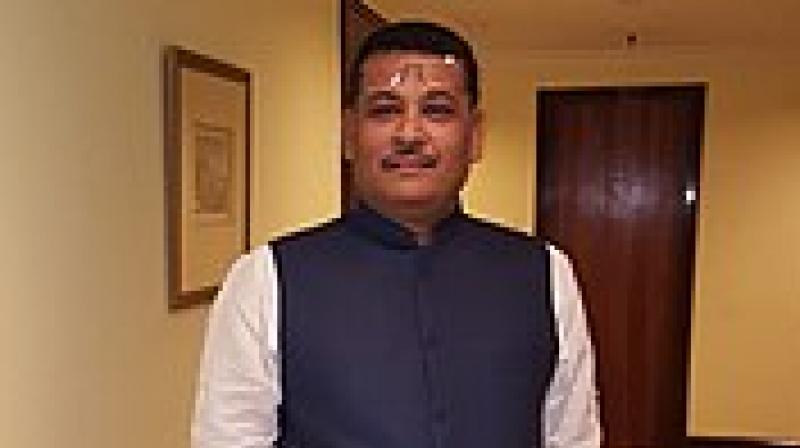 Kolkata: In what may come as another blow to chief minister Mamata Banerjee’s party Trinamul Congress, MLA of Noapara in North 24 Parganas Sunil Singh is all set to defect to the BJP. He flew to New Delhi on Sunday along with a dozen of Trinamul councillors of the Garulia municipality, of which he is also the chairman. Mr Singh may join the saffron party with the 12 councillors at the BJP headquarters on Monday.

The move comes close on the heels of the Trinamul supremo’s deadline of seven days to those who want to leave the party. Speculation has been rife about Mr Singh switching to the BJP after his brother-in-law Arjun Singh, who was earlier a Trinamul MLA of Bhatpara and chairman of the Bhatpara municipality, became a BJP MP of Barrackpore after contesting the Lok Sabha elections, quitting Ms Banerjee’s party.

The Garulia municipality has 21 councillors. Of them 19 are from the Trinamul. If the 12 of them join the BJP, the municipality would also come into the saffron fold with the BJP getting the majority after Bhatpara and Darjeeling civic bodies recently. Earlier, three MLAs — Subhrangshu Roy, Monirul Islam and Tusharkanti Bhattacharya — had switched to the saffron party from the Trinamul.

However, the induction programme by the BJP came to a halt recently after many senior leaders and workers within the party started questioning the joining of Mr Islam under the supervision of Mukul Roy due to grievances against him at the grassroots level.