Court reiterates order to restore peace in the Hills 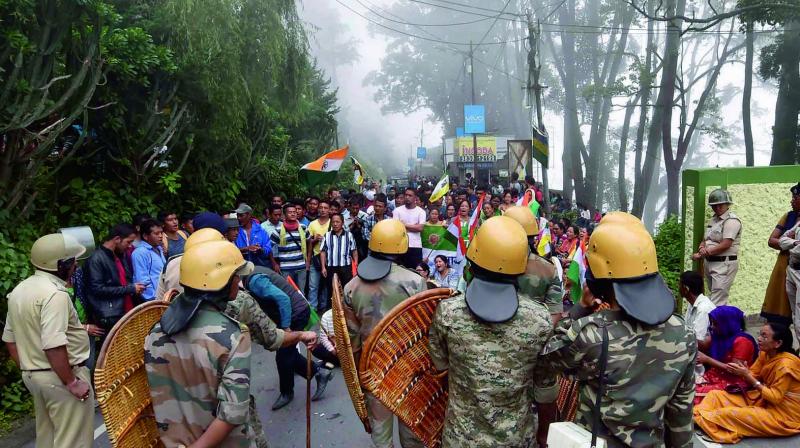 Kolkata: As violence and anarchy dominated the Darjeeling Hills throughout Thursday night with suspected GJM supporters setting fire to government establishments such as hydel projects and health centres, the Calcutta high court directed the state government to restore normalcy and peace. The court reiterated the earlier orders of the apex court and the Calcutta high court that bandhs or general strikes are ‘illegal’ and directed the state to make an estimate of the loss to government and private property due to the unrest and accordingly submit a report within two weeks.

Meanwhile, the Mamata Banerjee government stepped up security in the Darjeeling Hills by posting seven IPS officers in addition to the existing three. “The additional team of IPS officers is meant for restoring people’s confidence and helping life in the Hills to be normal,” a top official of the home department said. The police detained six GJM supporters in connection with setting fire to a forest office at Tarakhola in Kalimpong on Thursday night.