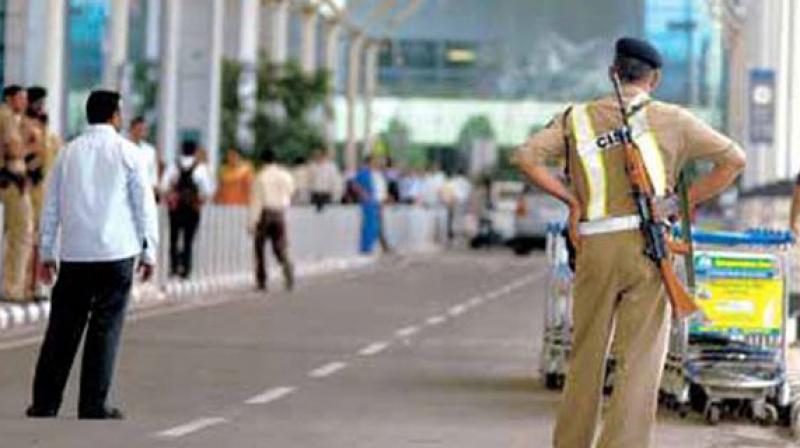 The barrack should accommodate 55 per cent while family accommodation should be given to the rest 45 percent. (Representational image)

Kolkata: The deployment of Central Industrial Security Force(CISF) at the Victoria Memorial (VM) and the Indian Museum (IM), that was slated to be instrumental by the end of 2016, will be delayed for almost a year as authorities are still struggling to make arrangements for the accommodation of the CISF jawans. The Union home ministry’s sanction for replacing the existing three - tier security by the Kolkata Police and private agencies by CISF had arrived in 2015, and the authorities were hopeful of making it effective by November 2016.

The accommodation of CISF involves two components. The barrack should accommodate 55 per cent while family accommodation should be given to the rest 45 percent. “We had planned to give family accommodation for the jawans at the BSNL quarter at Baishnabghata Patuli. However, the terms and conditions for the same have not been matching for various reasons. The Ministry of Culture also had to intervene but the mutual consensus has not been reached as yet,” Dr Jayanta Sengupta, who holds the dual charges of curator of VM and director of IM said.

The VM authorities managed to convince the occupants of the non family quarters inside the VM premises to relocate to a different place. “CPWD has already started giving the shape of barracks to these quarters,” Dr Sengupta said. However, in case of the IM, both the barrack and the family accommodation needs to be done at Patuli. “The IM housing a lot of artefacts from Zoological Survey of India, Geological Survey of India is crammed for space,” a Museum official said. There will be 113 personnel for VM security and 57 for IM security.

The concern over security was raised way back in 2004 by the environmentalist Subhas Datta, after a Buddha sandstone bust was stolen from the museum.