Man gets death for ‘waging war on India’ 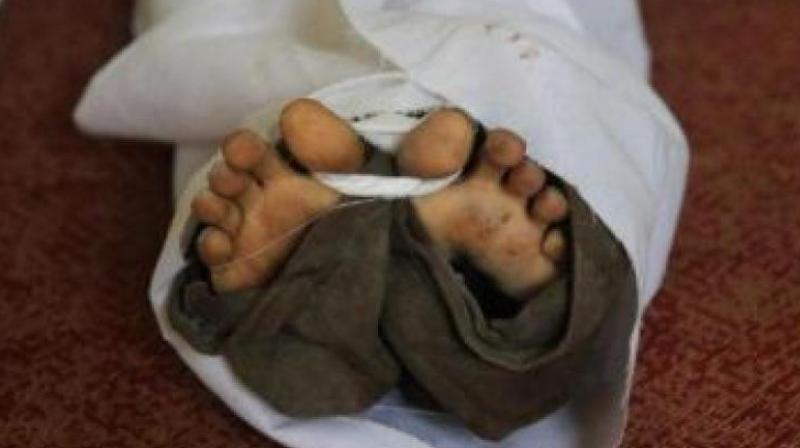 Kolkata: A Lashkar-e-Tayyaba (LeT) operative: Sheikh Sameer, also a techie, was sentenced to death for terrorist activities by the Bongaon court in North 24 Parganas on Saturday. Additional District Judge of the first fast track court: Binay Kumar Pathak announced the death penalty to him in afternoon when the convict was produced before him at around 1.30 pm.

He had convicted him on December 11 following a trial. Though the quantum of punishment was scheduled on December 13, it was postponed. Sameer alias Abdul Nayeem was kept at Dum Dum central jail since then. After hearing his death penalty the software engineer from Aurangabad in Maharasthra however claimed himself innocent.

Speaking fluently in English on the court premises he told the media, “I am innocent. The public prosecutor told the court that I am involved in a number of blast cases. This is totally false. I was kept in illegal custody.” Sameer was also seen arguing and jostling with the cops who were trying to whisk him away in a prison van.

He was caught alongwith three other LeT operatives: Mohammed Yunuis and Sheikh Abdullah, both from Karachi in Pakistan, and Muzzaffar Ahmed, from Anantnag in Jammu and Kashmir, by the Border Security Force (BSF) on April 3 in 2007 from Petrapole after they crossed the border from Bangladesh. Fake voter cards of India, fake license, fake passports and visa, Indian money and US dollars were seized from them.

Suspecting their terror links the BSF handed over them to the police. Taking over the case the criminal investigation department booked them on several charges including sections 121 and 121A (waging war against the state) of the Indian Penal Code and stockpiling of arms, ammunitions and huge quantities of explosives. It found Sameer travelled to Saudi Arabia in 2005 before visiting Pakistan to get trained by the LeT.

The trial began in 2012. Two years later when Sameer was taken by the police in train to Mumbai in connection with another case, the accused jumped out of the coach in Chhattisgarh and fled. In 2017 the National Investigation Agency (NIA) arrested him near Patiala in a case. Sameer was sent to judicial custody in Tihar Jail by the court. Contacting the NIA the CID brought him to West Bengal for his trial.

On January 21 in 2017 Yunus, Abdullah and Muzzaffar were handed death penalty by the same court in the same case. Public prosecutor Samir Das said, “Sameer, accused in multiple cases, brought trained LeT members to destroy many important places in the country. He alongwith others sneaked into India through Petrapole travelling from Dhaka. There are cases against him in New Delhi, Mumbai and Hyderabad.”

He added, “Sameer fled from Chhattisgarh. He was caught by the NIA in New Delhi. He was produced at this court on October 10 this year before the Puja vacation. Remaining witnesses were testified meanwhile for his trial. Sameer was given the death penalty upon his conviction of waging war against the state charges.”