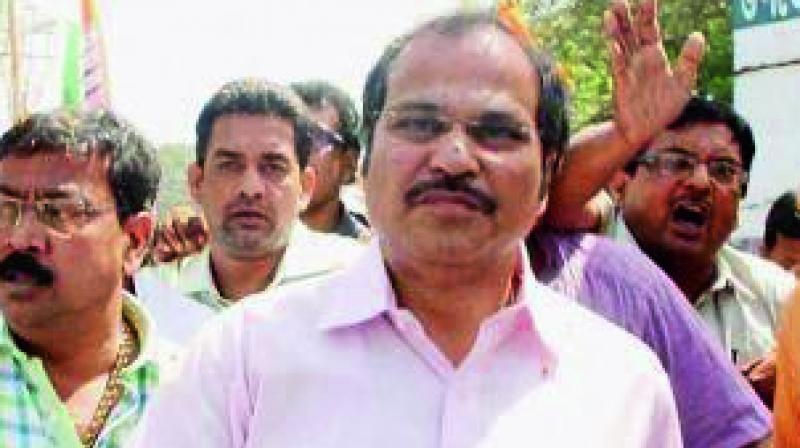 Kolkata: Lashing out at the Mamata Banerjee government over the death of police officer Amitava Malik in Darjeeling, state Congress president Adhir Chowdhury on Sunday questionned the lack of protection of the police team which had raided to catch Gorkha Janmukti Morcha (GJM) chief Bimal Gurung at Singla forest in the Hills three days ago.

He wondered why the cops were not provided the bullet proof jackets during the operation. Mr Chowdhury alleged, “West Bengal chief minister has accused Mr Gurung of having links with the militants of the North East and Nepal. She also claimed that he is trying to spread subversive activities across the Hills. That is why she demanded deployment of the central para-military forces there.” He added, “But my question is why the sub inspector who lost his life and others who suffered injuries in the firing did not have the bullet proof jackets and head-gears? If they did not have then why were they sent to the operation? Those who they fought were members of the Gorkha Liberation Army of which Binay Tamang was the founder incidentally.”

Mr Chowdhury claimed, “But Mr Tamang is now all in all of the Gorkhaland Territorial Administration although he has cases of sedition against him. Then how can he be a holy one? Moreover when the chief minister declared that Mr Gurung has militant links and he has cases on terror charges against him then why were the police team were made to walk for ten kms to his camp without the bullet proof jackets and head-gears?”

The Congress MP was talking to the media in the morning when he visited the slain SI’s home at Madhyamgram in North 24 Parganas.

He also paid tribute to Amitava’s photo near his home. When Mr Chowdhury tried to meet Amitava’s family members, he, however, faced resistance by a group of villagers who expressed their anger to his visit. Amitava’s father, Soumen Malik, later met the state Congress president.

He later demanded that the GJM chief would have to shot dead like his son was killed. “Whatever Mr Gurung is doing amounts to sedition. It is not correct. My son laid down his life to protect Darjeeling. I want like my son shot dead on head, Mr Gurung also needs to be killed in an encounter. My son would rest in peace if Darjeeling remains protected,” Mr Malik said.

His younger son Arunava has a dream to join the Indian Air Force. Asked about his career Mr Malik added, “If he can qualify, he would definitely take up the job to serve the nation.” Praising the role of the CM he said, “Whatever she has done for us is correct. I have my faith in her.”

Mr Malik said, “She has not only provided a cheque of `5 lakh, she has also directed the police to give `5 lakhs to us. My daughter-in-law has been entitled `10 lakhs along with a job for me in the education department because I am interested in academic activities. She asked for my bio-data and as well for my younger son.”