Kolkata to get street art makeover

8 prominent spots in city to be painted by team of artists. 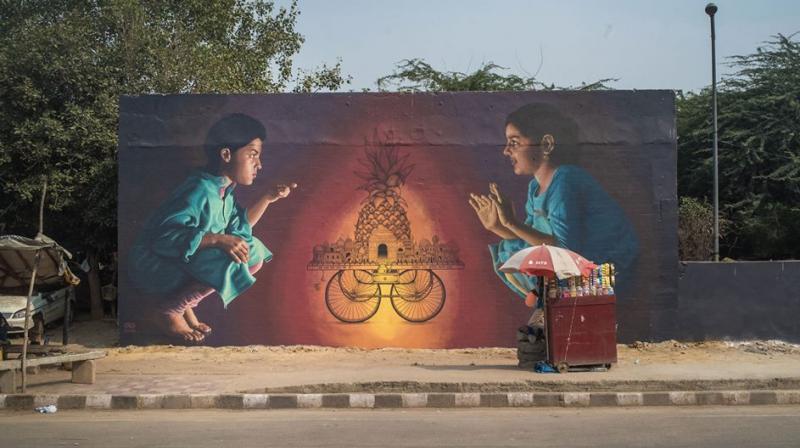 This is the first time that the private company is holding such a festival in Kolkata to integrate and make the cross-section of the society aware through public art. (Photo: Facebook)

Kolkata: Eminent painter and Trinamul Congress MP Jogen Chowdhury will mentor a team of popular artists to beautify eight prominent locations and two trams in the city with attractive murals as part of “Kolkata Street Art Festival,” an initiative undertaken by Berger Paints to enrich, beautify and clean the city in a unique way.

This is the first time that the private company is holding such a festival in Kolkata to integrate and make the cross-section of the society aware through public art.

At a press meet, CEO & MD of Berger Paints India Limited Abhijit Roy said on Saturday, “In India, street art festivals have taken place across several cities and have become a part of the popular culture. Now it’s time for Kolkata to hold this event in its own unique way. The main objective of this initiative is to make the city cleaner and more stunning. The mission is to paint more prominent walls in the coming few years. We seek to collaborate with local authorities and government bodies to ensure sustenance and cleanliness of these walls throughout the year.”

The festival plans to celebrate the works of 15 admired artists working in various diverse contexts.