‘Mamata must ensure Shah’s security during his 2-day visit’ 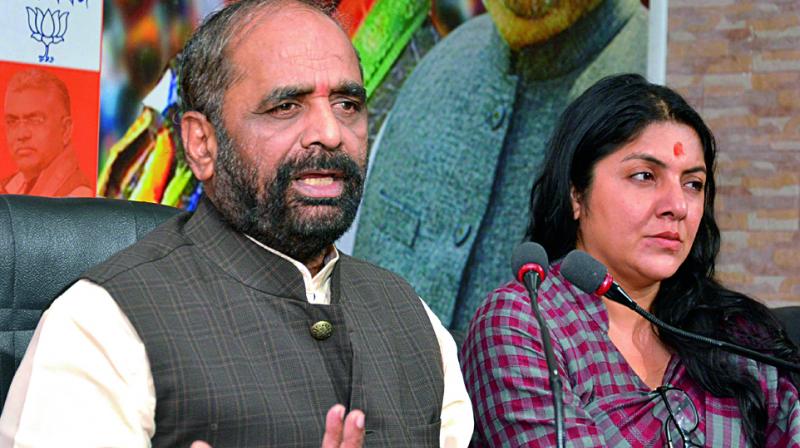 Kolkata: Lashing out at the Mamata Banerjee government over the rampant violence in West Bengal during the recent Panchayat elections Union minister of state for home affairs Trinamool Congresscomplained on Friday that the state has problems with law and order situation.

He also advised the state government to take care of the law and order situation.Mr Ahir affirmed that the Trinamool Congress government would be bound to ensure full-proof security during BJP president Amit Shah’s two day state-visit from June 27.

He alleged, “We saw how our party workers were killed during the last Panchayat polls here.”

“West Bengal is the only state in India where the opposition parties' candidates are not allowed to file their nominations even,” he added.

“Violence during the elections is a challenge for smooth functioning of democracy,” he further said. Mr Ahir claimed, “We found in the media reports how the elections were marked by violence which is not good for democracy. There are some problems with the law and order situation in the state.”

The union minister also reminded the state government of its duty to maintain the law and order situation.

The BJP chief is expected to visit the Jangalmahal district on June 28 on the last day of his tour. Meanwhile the Union minister of state for home affairs informed that the Centre has plans to bring a new law to tackle drug smuggling.

He announced of the move after holding a meeting with the top officials of the central agencies: Narcotic Control Bureau (NCB) and Enforcement Directorate and West Bengal, Odisha and Bihar police at the Central Reserve Police Force camp in Salt Lake. “There is an apprehension about the smuggling of darking in the guise of e-marketing. I have instructed the NCB to formulate a law to tackle it. An emphasis will be given so that whoever is accused in the crime through is not spared,” Mr Ahir said.

He elaborated that after the bank account and property of the accused would be frozen and attached respectively following arrest. in the drug smuggling cases.